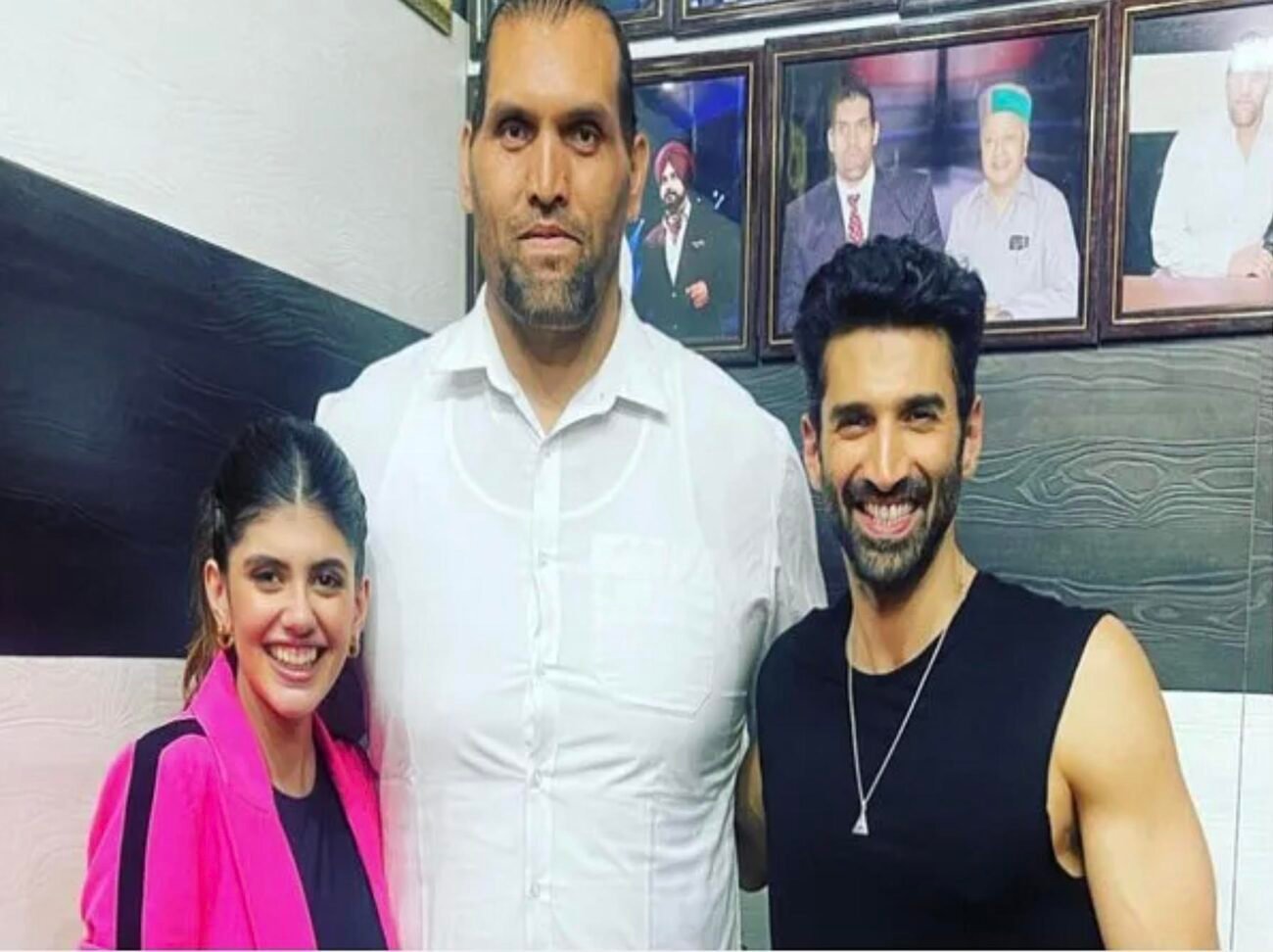 MUMBAI, (ANI) – Aditya Roy Kapur, who is busy promoting his upcoming film ‘Om: The battle within’, recently visited wrestler The Great Khali at the latter’s academy.

Ecstatic after meeting him, Aditya shared a video in which he is seen inside the boxing ring, challenging another wrestler. Looking sharp, Aditya is heard asking his opponent, “I’m right here, do you want to challenge me to a fight?”. His opponent replied saying, “you want to fight me, okay, let him fight” after which Aditya knocks him down!

Actor-friend Varun Dhawan wrote, “U just layer the smack down”.

Aditya was accompanied to Khali’s academy with his co-star Sanjana Sanghi. She also shared a video from the event, showing glimpses of their visit.