HomeIndiaAfghans in India Call for Refugee Status after Taliban Blitz 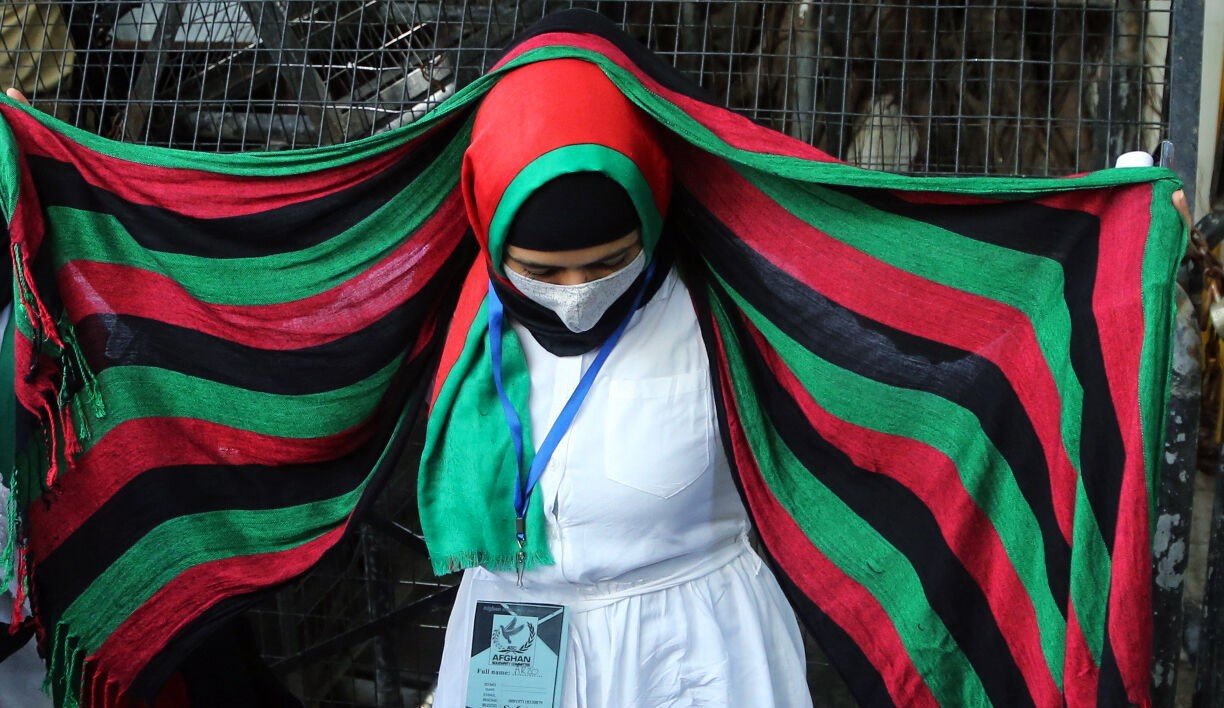 A woman wearing a shawl depicting the Afghan national flag takes part in a protest demanding the international community to help Afghan refugees, at the United Nations High Commissioner for Refugees in New Delhi on Aug. 23, 2021. (ANI photo)

NEW DELHI — Hundreds of Afghans living in India took to the streets Aug. 23 to ramp up demands for refugee status, amid growing fears in the community following the Taliban’s recent takeover of Afghanistan.

They rallied outside the U.N. refugee agency’s office in the capital New Delhi, chanting slogans and demanding justice and security, especially for Afghan children and women.

“We were victims of war, and now we are the victims of an unclear future,” read one poster.

Most of the Afghans protesting outside the U.N. office said they fled to India more than 10 years ago but are still waiting to be recognized as refugees. Many get trapped within a complex bureaucratic process to register as refugees in India, and struggle to live a dignified life, they said.

As of 2019, Afghans accounted for about a third of the nearly 40,000 refugees registered in India, according to the U.N. refugee agency. But this figure excludes those not registered with the U.N.

Ahmad Zia Ghani, 48, an Afghan refugee who came to India 10 years ago, said not being recognized as a refugee has prevented access to even “basic facilities,” making his life exceedingly difficult.

Calls for formal recognition as refugees in India have intensified in recent days, as hopes for a return home held by thousands of Afghan refugees were dashed by the Taliban’s shockingly swift takeover of the country.

“We’ve received nothing,” Ghani said. “Now we are requesting (refugee status) since Afghans don’t have any chance of returning to war-torn Afghanistan under this Taliban regime.”

Another protest in the capital on Aug. 23 saw dozens of Indian activists as well as Afghans gather to denounce the Taliban, as well as press for justice and asylum for Afghans fleeing the country.

But for many protesting, the biggest fear remained the future of women and children. “They (the Taliban) are making promises that this time, they won’t do any wrong to us,” said 34-year-old Tahmina Zaki, who was protesting outside the U.N. office. “We don’t believe that.”