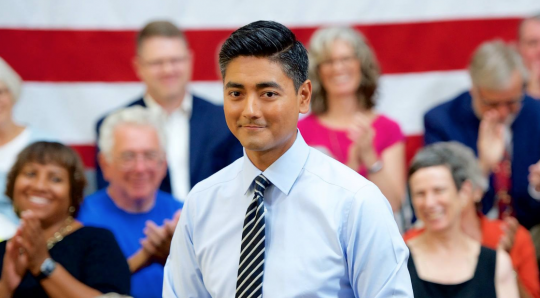 Ohio’s Hamilton County Clerk of Courts Aftab Pureval is heading to the November election after a promising showing in the May 4 Cincinnati mayoral primary election.

Pureval, according to unofficial election results at time of press, had tallied 39 percent of the vote, far ahead of longtime Cincinnati City Councilmember David Mann, who received 29 percent, with all precincts reporting, according to the city’s results.

The two advanced ahead of the field of six candidates to lead the state’s third-largest city – a nonpartisan city that leans Democratic.

Pureval, a former Democratic congressional nominee, and Mann, who previously served as Cincinnati mayor and also in Congress, are running to succeed John Cranley. He is term-limited after serving for eight years, the Associated Press reported.

Among key issues are guiding the city as its downtown starts to open up after pandemic shutdowns, and cleaning up corruption after four council members since February 2020 have been charged on federal counts, the report said.

Pureval, 38, is a former federal prosecutor and in-house counsel at Procter & Gamble. The Indian American also ran for Congress in 2018, launching a high-profile race against Republican Steve Chabot.

Pureval earned his undergraduate degree in political science from Ohio State University, where he served as a student body president.

Later, he received his law degree from University of Cincinnati College of Law.

He has previously served as a Special Assistant U.S. Attorney for the Department of Justice.