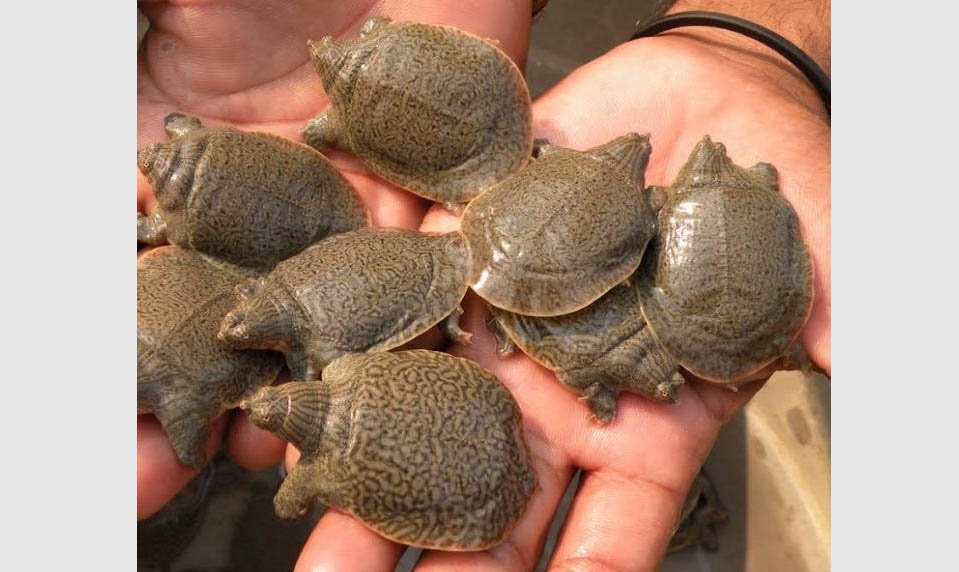 The Indian narrow-headed softshell turtle is mainly found in South Asia, especially in the Indus, Ganga, Godavari, Coleroon, Mahanadi and Padma rivers. In India, the species has largely been spotted in the states of West Bengal, Meghalaya, and Goa.

The conservationists at the San Diego Zoo Wildlife Alliance had closely monitored three adult turtles for any indications of breeding. After 20 years, they found two nests containing 41 eggs – all survived.

“This is an extremely prolonged process as the turtles can take close to 10 years to even reach sexual maturity,” said a news release.

It makes the zoo the first accredited organization in North America to hatch and raise the rare species.

When emerging from their shell, hatchlings can be as small as about 4 cm. They can grow to as long as 3.6 feet from the front to back of the top shell.

The species requires a highly specialized habitat. A female turtle, at a time, can lay about 65-193 eggs. It is believed to be an ambush feeder and spends most of its time concealed below the sand, with only the tip of the snout exposed, according to the Wildlife Institute of India.

These turtles are listed as endangered by the International Union for Conservation of Nature. Some of the major threats to their population include exploitation for medicine and meat.