After Unbeaten 122, Virat Kohli’s Drought Ends, Says He Was Shocked Too 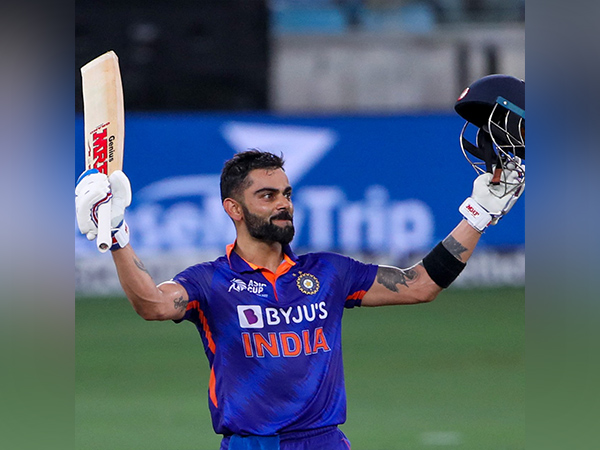 After Unbeaten 122, Virat Kohli’s Drought Ends, Says He Was Shocked Too

DUBAI, (IANS) – Very few people would have predicted that Virat Kohli would break his drought of centuries in international cricket in a T20I match. But on September 8, in a dead rubber against Afghanistan at Dubai, the wait of 1020 days ended with a sensational career-best 122 off just 61 balls in Asia Cup 2022.

After he hit his 71st international century, to be on par with former Australia captain Ricky Ponting, coming after a prolonged lean patch of nearly three years and a break from the game for a month and a half, Kohli himself was surprised over getting his maiden T20I hundred which took India to 212/2.

“Last two and a half years have taught me a lot. I am going to turn 34 in a month. So those angry celebrations are a thing of the past. I was shocked. This is the last format I thought,” said Kohli after the Indian innings ended.

Kohli was expressive in dedicating his 71st international century to his wife, actor, and producer Anushka Sharma, for helping him clear mental cobwebs. “It was an accumulation of a lot of things. The team has been open and helpful. I know there was a lot of stuff going outside.”

“And I kissed my ring. You see me standing here because one person has put things in perspective for me. That’s Anushka. This hundred is for her and for our little daughter Vamika as well.”

With his unbeaten 122, laced with 12 fours and six sixes, in what was a mix of classic and brutal cricket shots at the same time, coming at a strike-rate of 200, Kohli was at his vintage best, using feet for taking boundaries off spinners and smashing pacers for fun.

“When you have someone next to you having conversations putting things in perspective, like Anushka has been… when I came back, I was not desperate. Six weeks off I was refreshed. I realized how tired I was. Competitiveness doesn’t allow it, but this break allowed me to enjoy the game again,” concluded Kohli.