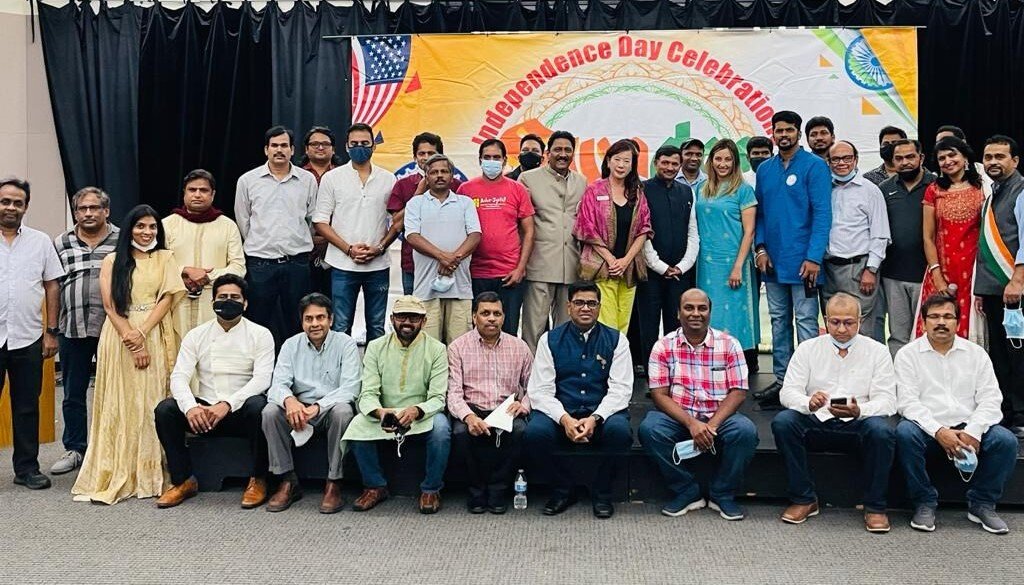 The Association of Indo Americans and Bolly 92.3 presented “Swades,” a celebration of India’s Independence Day Aug. 15 in Milpitas, Calif.

At the five-hour event, which began at 3 p.m., attendance was limited due to the current Covid pandemic.

One of the key mottos of “Swades” is to showcase and propagate Indian culture and art forms, noted a press release. As such, a host of dance forms, from Kuchipudi and Bharatanatyam to Kathak, Bollywood and classical dances (by kids and adults), were presented at the event. The BATA karaoke team also presented patriotic and peppy songs.

Following the flag-hoisting, the dignitaries addressed the gathering, conveyed their wishes on India’s 75th Independence Day and expressed their happiness at seeing the participants’ patriotism. They also applauded AIA’s efforts in preserving India’s heritage and culture, added the release.

The Association of Indo Americans is a non-profit organization providing a forum to explore the rich and diverse heritage of the Indian American community living in the United States. The mission of AIA is to foster and promote cultural and social interactions among its members, facilitate cultural events and educational programs pertaining to the Indian subcontinent, celebrate the diverse cultural heritage of the Indian subcontinent and share this rich culture with the community.