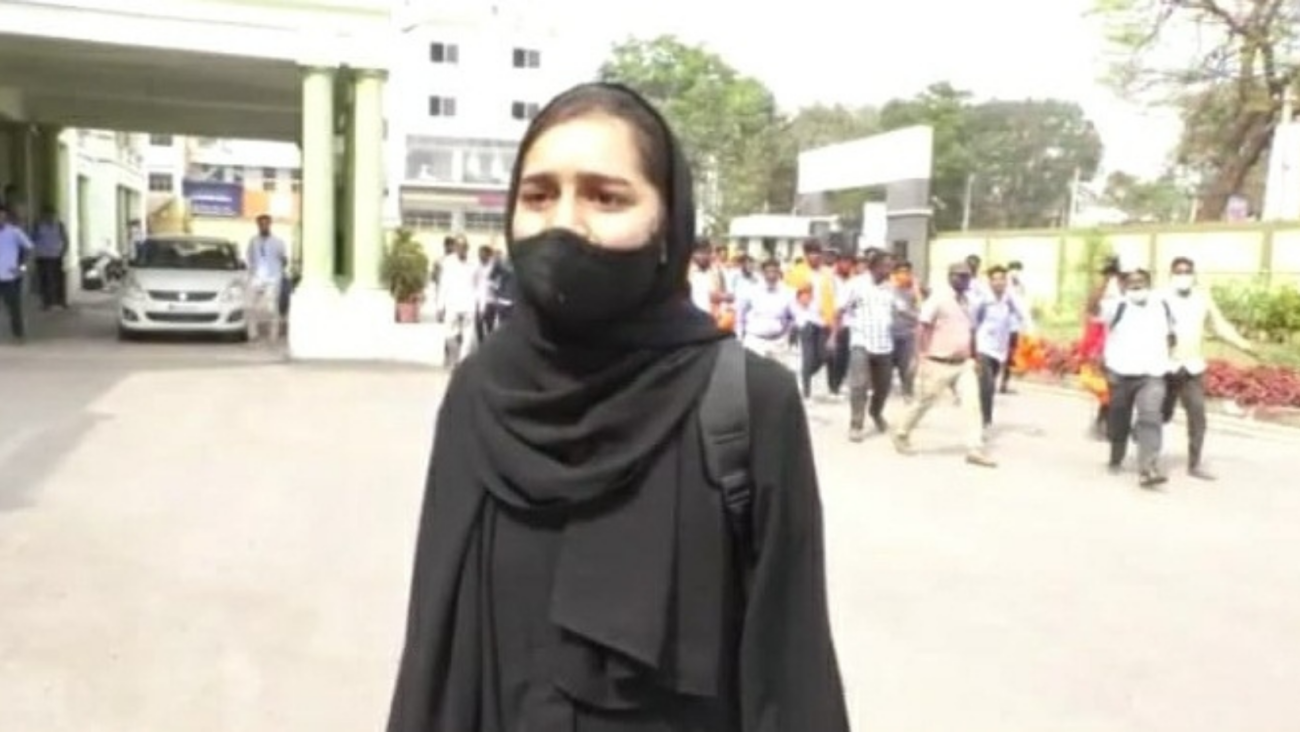 Reacting to Muskan’s video and praising her, al-Zawahiri called the Mandya student ‘the Noble Woman from India’. Snubbing the Al-Qaeda chief, Hussain on Apr.6 said his daughter is more interested in studies.

Speaking to the media, Hussain said his family does not want any “unwanted attention”.

“It has become a big headache for us. We do not know him. I saw Zawahiri for the first time. We are happy here and living together with everyone like brothers and sisters in Mandya district of Karnataka,” he said.

“It is wrong to drag Muskan. I request them, do not drag the matter any further. We do not want him to talk about us. Why is he talking? Muskan saw the video today. Talking about her is wrong. She is a student, and she is interested in studies. She does not want all this,” he said.

Hussain added: “We were born and brought up in Mandya. We are happy and peaceful here.”

“There are rumors spread about crores of rupees given to Muskan which is false,” he said, adding: “Let the agencies conduct the investigation. There are no qualms about it.”

He said that there was no need for the money and they have sufficient resources gained through hard work.

In a 9-minute video, Zawahari praised Muskan Khan, a Karnataka college student from Mandya district for raising the slogan of “Allahu Akbar” against the mob shouting “Jai Shri Ram” slogans in the college premises at the height of the hijab crisis in the state.

The video has been titled ‘The Noble Woman of India’.

Zawahari has composed and recited a poem in praise of the Karnataka student.

In the video, he was heard saying that he came to know about Muskan Khan through social media videos and he is “moved by the act of a sister”.

Meanwhile, Karnataka Home Minister Araga Jnanedra said that the video is “a proof of the play of the invisible hands playing behind the hijab row in the state”, adding “suspicions turned true”.

The Karnataka High Court Special Bench has also referred to the role of invisible hands in its verdict while dismissing the petitions seeking consent to attend classes wearing a hijab.

“I have also mentioned about the presence of religious fanatic organizations behind creating the hijab crisis in the state. The video by Al-Qaeda has proved it at last,” he said.