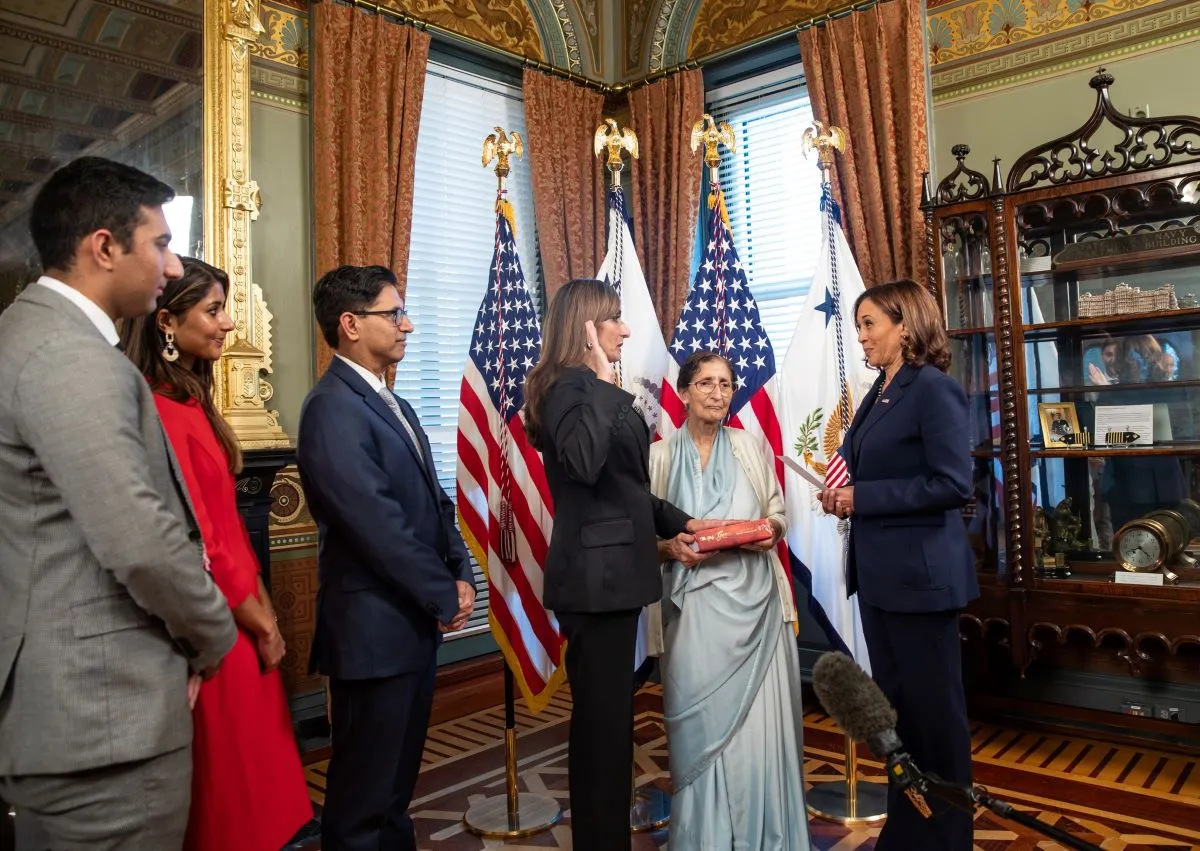 WASHINGTON, DC – Shefali Razdan Duggal who will be the ambassador to the Netherlands was sworn into office by Vice President Kamala Harris.

“I had the privilege of swearing in Shefali Razdan Duggal to be our next Ambassador to the Netherlands. We wish you well in this new role and thank you for your leadership,” the VP said in a tweet.

The video of the October 7 ceremony shows Duggal and her mother getting teary-eyed during the oath. The two also embraced Harris.

Duggal chose to be sworn over the Bhagavad Gita which the video shows her mother holding.

Duggal was appointed as the US’ Ambassador to the Netherlands by President Joe Biden on 11 March 11 this year, and her nomination was approved by the Senate on September 14.