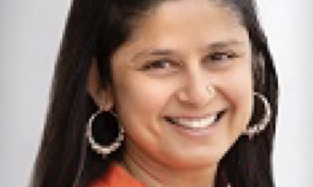 The American Council of Learned Societies April 12 unveiled its latest cohort of ACLS Fellows, with two Indian Americans named to the group.

Among the 60 Fellows named were Retika Adhikari and Utathya Chattopadhyaya.

Adhikari, a postdoctoral Fellow of Asian American studies at the University of Illinois at Urbana-Champaign, is the ACLS Centennial Fellow in the Dynamics of Place.

Her fellowship is on “Refugee Crossings: Everyday Geographies of Bhutanese Refugee Encampment and Resettlement.”

Refugee Crossings is the first book to examine refugee camps in the global South and relocation sites in the global north together to provide an ethnographic account of the entire process of refugee resettlement.

Drawing on fieldwork conducted with Bhutanese refugees as they move through the nodes of their resettlement trail—from refugee camps in Nepal to international airports to resettlement cities in Central New York—this project argues that refugees understand their political and humanitarian status as unresolved even after the UN and US refugee programs declare them resolved, her bio notes.

By attending to the lived experience of refugee resettlement, this project illuminates that refugees in their post-resettlement life continue to endure future uncertainties and economic precarity just as in the camps.

Chattopadhyaya is an assistant professor of history at U.C. Santa Barbara. He was named as part of the ACLS Fellowship Program 2021 for “Bengal Ganja: Cannabis and Empire in British India.”

Illicit and drug: Two words that inevitably shape scholarship on cannabis, even its perceptible medical benefits. Bengal Ganja analyzes the history of cannabis between 1770 and 1930 when it was a licit and vibrant object, catalytic of social and cultural histories of empire in colonial South Asia, his bio notes.

It shifts cannabis out of the Eurocentric archive of colonial medicine that has prefaced its status as a drug to excavate other sites of meaning acquired through gendered agrarian systems, cosmological narratives, anticolonial politics, cooperative economics, and circuits of law and empire.

It models the plant-as-method to disclose how its cultural biography across diverse archives contended with and exceeded the bounds of Britain’s ambition to incorporate its social worlds into modern systems of rule, it said.

The longest running program in the organization’s portfolio, the ACLS Fellowship program supports outstanding scholarship in the humanities and humanistic social sciences with the potential to make significant contributions to knowledge within and across fields. Fellowships totaling nearly $3.6 million have been awarded to 60 scholars selected from nearly 1,300 applicants through a multi-stage peer review process.

For this competition year, in the wake of the widespread disruption of the COVID-19 pandemic and its ongoing economic impact, ACLS has focused its resources exclusively on early-career, non-tenured scholars, many of whom are facing extraordinary obstacles to advancing their research in these times. For the first time in the history of the program, half of the 2021 awardees do not hold tenure track positions.

ACLS Fellowship awards provide $30,000 to $60,000 to support scholars during six to 12 months of research leave. Awardees who do not hold tenure-track faculty appointments during the fellowship year also receive a $5,000 stipend for research and other costs incurred during that period.