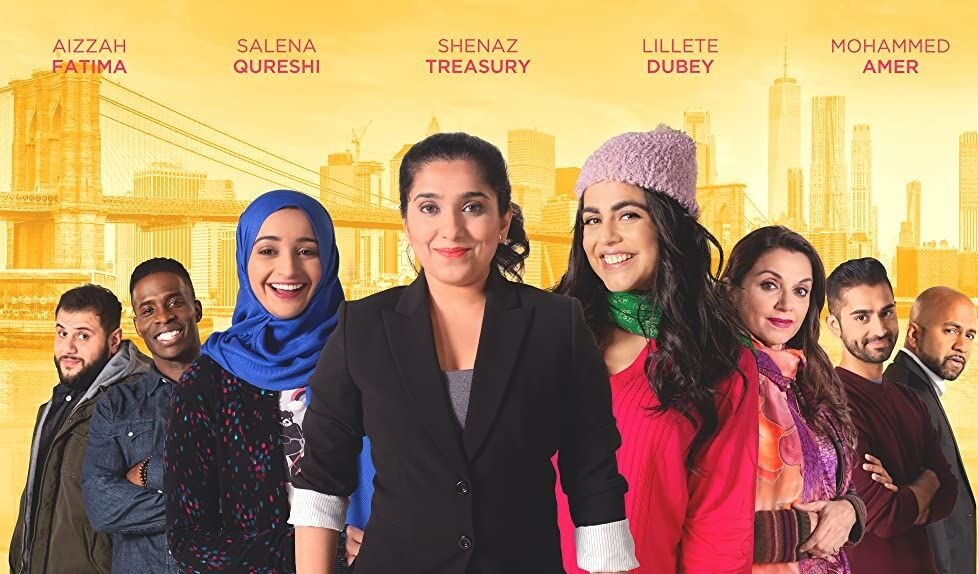 “This is America. Where dreams come true…ish.” This is the tagline of “Americanish,” a romantic comedy directed by Emmy Award winner Iman Zawahry, which will make its New York premiere at two festivals this weekend in New York City.

The film, in which three young women are looking for love in New York City, will screen at the New York Asian Film Festival and the Asian American International Film Festival 44 Aug. 14 and 15, respectively.

This unique coming of age comedy offers a refreshing sense of authenticity, as its female leads convey a range and depth of character derived from the co-creators’ own experiences as American women.

Zawahry noted that the film “combats and corrects stereotypes” in a way that’s relatable and welcoming.

She said: “Comedy is often overlooked as a tool to help educate the public and transform our opinion, especially when it comes to politics and religion. Our film does all that and more. It’s particularly meaningful to our cast and crew, as many of us are women, women of color, and/or Muslim women. Not many understand what it means to be Muslim in America, and we are often portrayed as a monolith in the media.”

“Americanish” invites viewers into the home and lives of three women, as they navigate the often-turbulent waters of romance, culture, career, and family.

According to the film’s description, it follows the joys and tribulations of career-driven sisters Maryam and Sam Khan, and their fish-out-of-water cousin Ameera, who moves to New York City with one purpose: to find a Pakistani American doctor to marry.

Set in Jackson Heights, Queens, New York, the film “offers a fresh perspective on classic rom-com tropes, delving into the complexity of trying to both honor and break from cultural traditions while balancing personal values and career goals in a society that does not always accommodate both.”

“Americanish” will screen at the New York Asian Film Festival Aug. 14 at 7:30 p.m. at the SVA Theatre in New York. For more information, visit https://www.nyaff.org/nyaff21/films/americanish

As part of the Asian American International Film Festival 44 lineup, the 90-minute film will begin streaming Aug. 15 at midnight ET.

Zawahry is one of the first hijabi American Muslim filmmakers in the nation. She has worked on numerous films that have played at over 100 venues worldwide. Her short film, “Tough Crowd,” won an Emmy Award. She is the recipient of the coveted Princess Grace Award for her film, “Undercover,” and was selected as a Lincoln Center New York Film Festival Artist Academy Fellow in 2015.