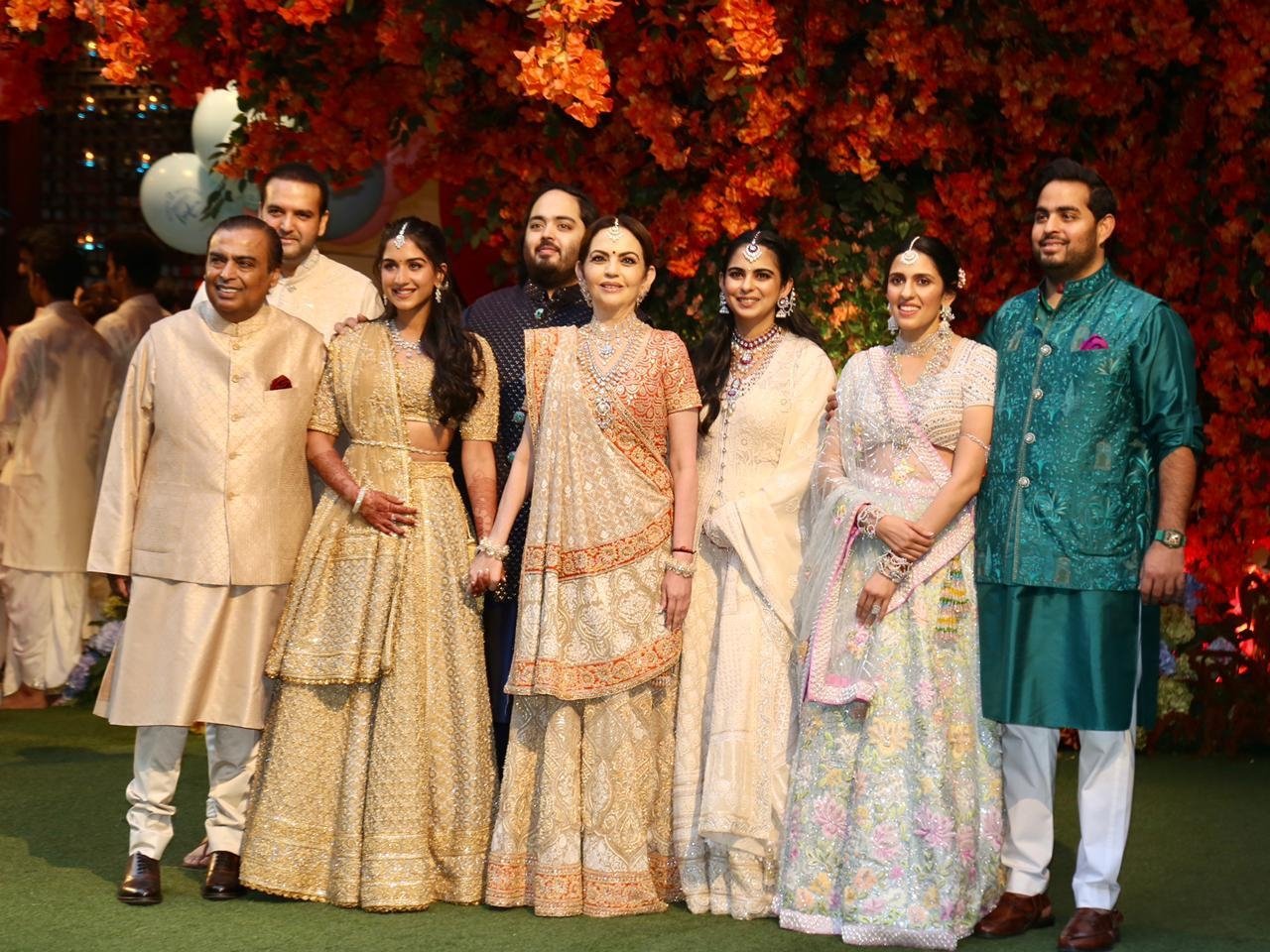 Anant and Radhika have known each other for a few years now. Anant has completed his studies at Brown University and has since served at Reliance industries in various capacities, including as a member on the boards of Jio Platforms and Reliance Retail Ventures. He currently leads the energy business of RIL.

Radhika, daughter of Shaila and Viren Merchant, is a graduate of New York University and serves as a director on the board of Encore Healthcare.

The ceremony, in the presence of families from both sides, friends and others, took place at the residence of the Ambanis.

The traditions of Gujarati Hindus were followed with great enthusiasm at the family temple and ceremony areas, followed by the exchange of greetings, and gifts.

Later, the guests were treated to a performance by the Ambani family, led by Nita Ambani, who was loudly cheered by the gathering, adding to the enthusiasm and familial bonding.