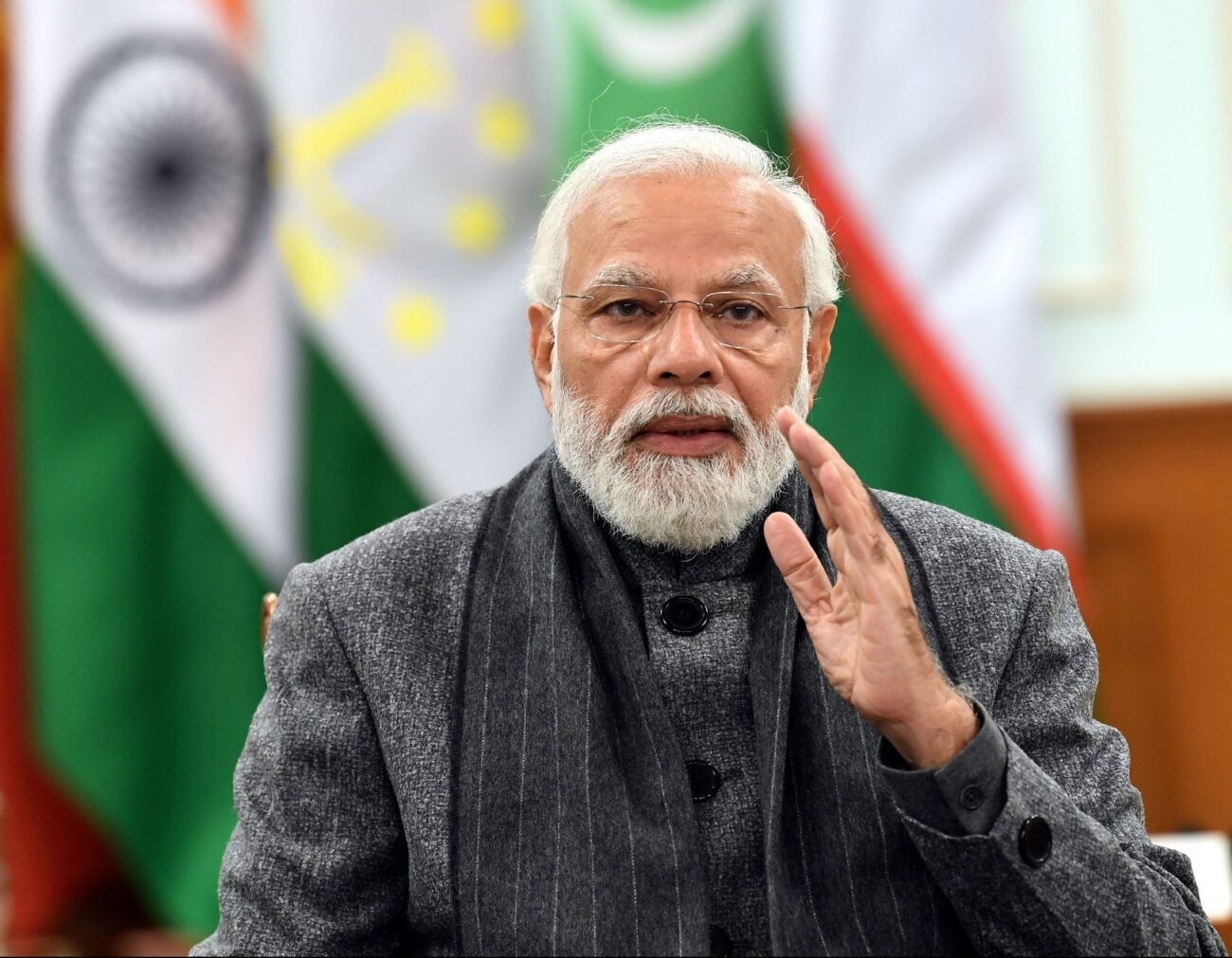 The contemporary national security scenario of India is conditioned by the reality of friendly relations built by this country across geopolitical boundaries on one hand and the acceleration of cross-border covert offensive of the two hostile neighbors – Pakistan and China – acting in concert for long, on the other. India’s comprehensive strategy of combining military, diplomatic and security initiatives is working well, however, it calls for stronger measures on the domestic front to counter the mischief of the adversaries.

The threat of ‘radicalization’ has multiplied at present and the ‘lone wolf’ phenomenon may be on the rise requiring a deeper study. Sino-Pak axis is showing its military dimension as Chinese drones are used by Pakistan to surreptitiously drop arms, ammunition, and narcotics in bulk from across the border in Kashmir and Punjab, in aid of terrorists. There is an increased threat to economic targets and establishments of strategic importance – this is part of the continuing ‘proxy war’ against India.

Anti-India lobbies are working overtime to build narratives against the Modi regime in alignment with many elements of political opposition here to create internal conflicts and divides in the country on the issues of human rights, the status of minorities and alleged ‘authoritarianism’. There is a campaign about ‘unconstitutional’ methods being adopted by the BJP government at the Centre and in the states even though no policy measure of the Modi government has so far failed judicial scrutiny. Some individual cases of action by the Police authorities being struck down by higher judiciary stand on a different footing – they will no doubt yield learning for the concerned administration.

In any case the country needs at this juncture a firm and prompt legal prosecution of those who indulged in speeches that hurt the religious sentiments of a community or damaged national unity under the excuse of freedom of speech. There was too much fun-making of Hindu Gods going on from before. In a multi-religious setting, this must completely stop.

What is of deepening concern on the internal security front is that there is a rapid rise of militancy borne out of communal conflicts and a determined push of this militancy towards faith-based terrorism, maneuvered by ISI. Short-lived tensions between the two communities at local levels were known to be a familiar feature of Indian scene after Independence; they were a manageable law and order problem. Three developments, all linked to Pakistan, have, however, created a new level of threat to the internal security of India.

First, at the beginning of this year, Imran Khan, the then Prime Minister of Pakistan, announced the National Security Policy (NSP)of his country- which was projected as a first-time event of this kind. While talking of the need for building economic security for Pakistan, NSP identified India with its ‘Hindutva politics’ as the principal adversary of Pakistan, contended that the Muslim minority of India was not secure and reiterated that Kashmir was the ‘core issue’ between India and Pakistan. Imran Khan put India-Pakistan relationship in a Hindu-Muslim framework and even his successor Shehbaz Sharif is playing this card. Sharif is raising allegations of human rights violations by India in Kashmir, to gain the attention of Biden administration and draw closer to the US once again in the backdrop of the damage earlier done to Pak-US relationship by the Imran Khan regime.

The second development that has greatly strengthened the capability of Pak ISI to create internal instability in India is the success that Pakistan achieved in mediating peace between Taliban and the US in a situation where President Biden was desperately wanting to fulfill the commitment of pulling out American soldiers from the messy battleground of Afghanistan. In a somewhat tentative agreement in Doha, US seemed to rely on Pakistan’s good offices in believing that Taliban would not let Afghan territory be used for another 9/11 type of terror attack on US. In return, Pakistan got all that it wanted to have – it fully supported the reinstallation of the Taliban Emirate at Kabul, secured the opportunity of inducting Islamic radicals represented by Taliban, Al Qaeda, and ISIS, into the ‘proxy war’ against India without feeling inhibited by the earlier US stance of making a distinction between ‘good terrorists’ and ‘bad terrorists’, and planned to extend ‘radicalization’ beyond Kashmir to the rest of India.

The role of Pakistan in getting Taliban to rule Afghanistan again, enabled the former to retain the support of China on Afghanistan on the strength of a give and take between the two countries on the question of the treatment of Muslim minority in China.

It may be recalled that it is the pro-Pak Jamaat-e-Islami which had taken the lead in fostering militancy in Kashmir valley in the name of Islam through its front Hizbul Mujahideen, to further the plan of ISI to replicate the success of Afghan Jihad in Kashmir. In the rest of India also, Jamaat’s front – Students Islamic Movement of India (SIMI) – was spreading militancy and by the time it faced a ban it had already created an offspring called Indian Mujahideen(IM) to undertake acts of terror. This phenomenon of the transition of a communal militant platform into an instrument of faith-based terror under external guidance has made its covert appearance again and on a wider scale, coinciding with the Pak-sponsored narrative that there is rise of ‘Hindutva’ in the Modi regime at the cost of security of Muslim minority of India.

This in fact is the third Pak-linked development that is threatening India’s internal security the most: Pakistan is exploiting both Deobandi and Bareilvi extremists for stepping up radicalization in India. Bareilvis accept Sufi ‘Silsilahs’ but are more assertive than other sects when it comes to upholding ‘Unity of God’ in Islam and not tolerating blasphemy.

The recent cases of terror in the name of Islam occurring in Amravati and Udaipur, reveal links with ISI-backed radical organizations functioning under cover like the PFI in India – with stray links with SIMI – as well as the Karachi based Dawat-e-Islami that had an outreach to Sufi shrines on one hand and the Jamiatul Ulema Pakistan on the other. What is revealing is the fact of social media having been used as an instrument for radicalization and as a weapon of ‘proxy war’ against India. Some of the accused in these cases not only visited Pakistan but joined with WhatsApp groups run by Pak ISI. Interestingly, even as they were evidently not products of Islamic Madrasas, they were wedded to a ‘political cause’ that was ultimately rooted in faith – avenging the ‘insult’ to Prophet caused under a ‘Hindutva dispensation’. This is a telling illustration of the known fact that there was no distinction between ‘politics’ and ‘religion’ in Islam.

Many of the Ulema and the elite guiding the minority community politically, continue to breed communal ‘separatism’ among Muslims who, left to themselves, will draw confidence from the secular principle of ‘one man one vote’ on which Indian democracy rests and like to remain engaged in the pursuit of livelihood availing the opportunities that were there for all communities to look for.

The influence now being exerted on the minority community here by Pakistan is designed to instil in it the thought that Muslims are first and foremost an integral part of Ummah, beyond the national identity. This became evident in the attempt of Pakistan to use the platform of OIC against India following the abolition of Art 370 of the Constitution by Indian Parliament and more recently to get that forum to voice the demand of a ‘national’ apology from India for the alleged insult caused to Prophet Mohammad by a ‘party’ spokesperson in a TV debate. The danger of a Pak agent motivated by the idea of Jehad carrying out suicide bombing in India should not be underestimated.

Our Security and Intelligence set up are closely watching the doings of the two prime adversaries of India on the borders. The threat of radicalization spreading slowly in various parts of the country because of the covert plans of ISI calls for closest coordination among the external, internal, technical, Police and Military Intelligence agencies. Constant scanning of social media and cyber communications, activation of District Intelligence units to read suspicious activities at the ground level, prompt legal action against speeches ridiculing Gods of any religion, watch over subversive activities of foreign-funded civil society forums and modernization of Madrasa education with the support of community’s leadership and municipal assistance- all these together will effectively counter the Pak mischief of fishing in India’s troubled waters.

Representative Muslim organizations should be persuaded to take a public stand that there was no place for advocacy of Jihad in today’s world, and democratic means of grievance redressal should be adopted instead. Local administration in minority pockets should enhance its connectivity with public through Collector’s town hall meetings to be held periodically. Muslims are used as a political fodder by their community leaders, a closer interaction with local authorities will reduce their dependence on communal leaders and so will be the case if initiatives are taken by non-Muslims to provide leadership to the minority community on citizen’s issues.

The writer is a former director of the Intelligence Bureau.