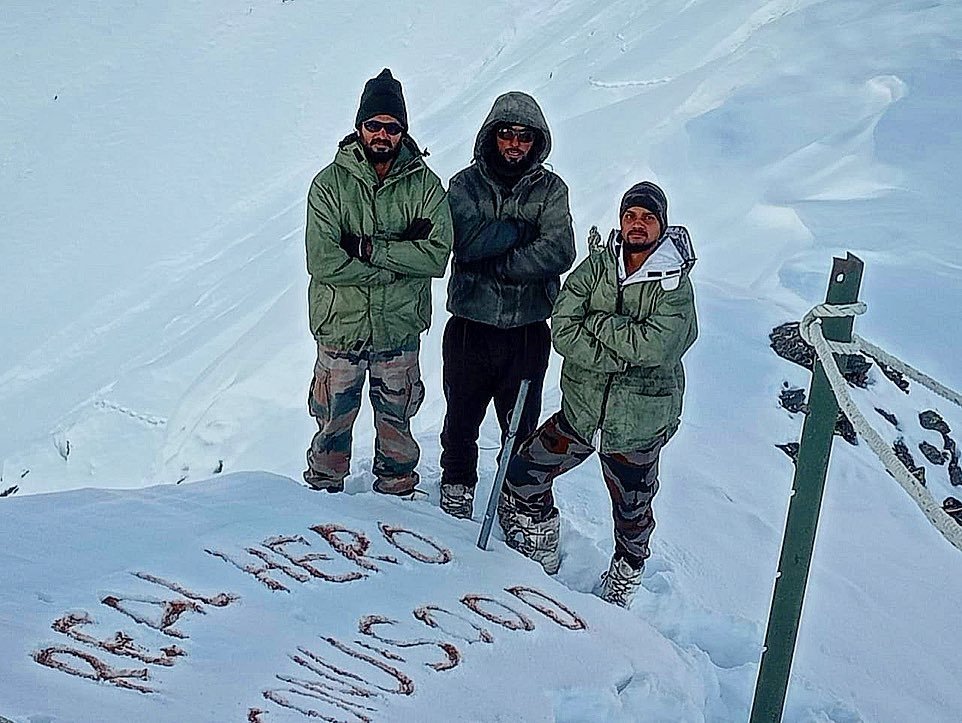 MUMBAI, (IANS) – Bollywood actor and humanitarian Sonu Sood said that he is humbled by the appreciation he received from the Indian Army.

Sonu shared a slew of pictures of jawans in snow-capped mountains with “Real Hero Sonu Sood” written by hand in the snow.

Overwhelmed with love, Sonu captioned the image: “Somewhere in the Himalayas.”

“These pictures made my day. Humbled. My Inspirational Indian Army #indianarmy #himalaya.”

Sonu is known for helping those in need. From helping migrant workers during the Covid wave to medical arrangements amid the devastating pandemic, his work did not go unnoticed.

In September 2020, Sood was chosen for the ‘SDG Special Humanitarian Action Award’ by the United Nations Development Program for his humanitarian work during the pandemic.

On the Bollywood front, Sonu will next be seen in ‘Fateh’, which is inspired by real-life incidents and will feature high-octane action sequences.

The action-thriller is helmed by Abhinandan Gupta, who earlier worked as an assistant director on films such as ‘Bajirao Mastani’ and ‘Shamshera’. After ‘Fateh’, he will begin work on another movie ‘Kisaan’.