HomeMusicArt Is All Around Us: Singer Vidya Shah

Art Is All Around Us: Singer Vidya Shah 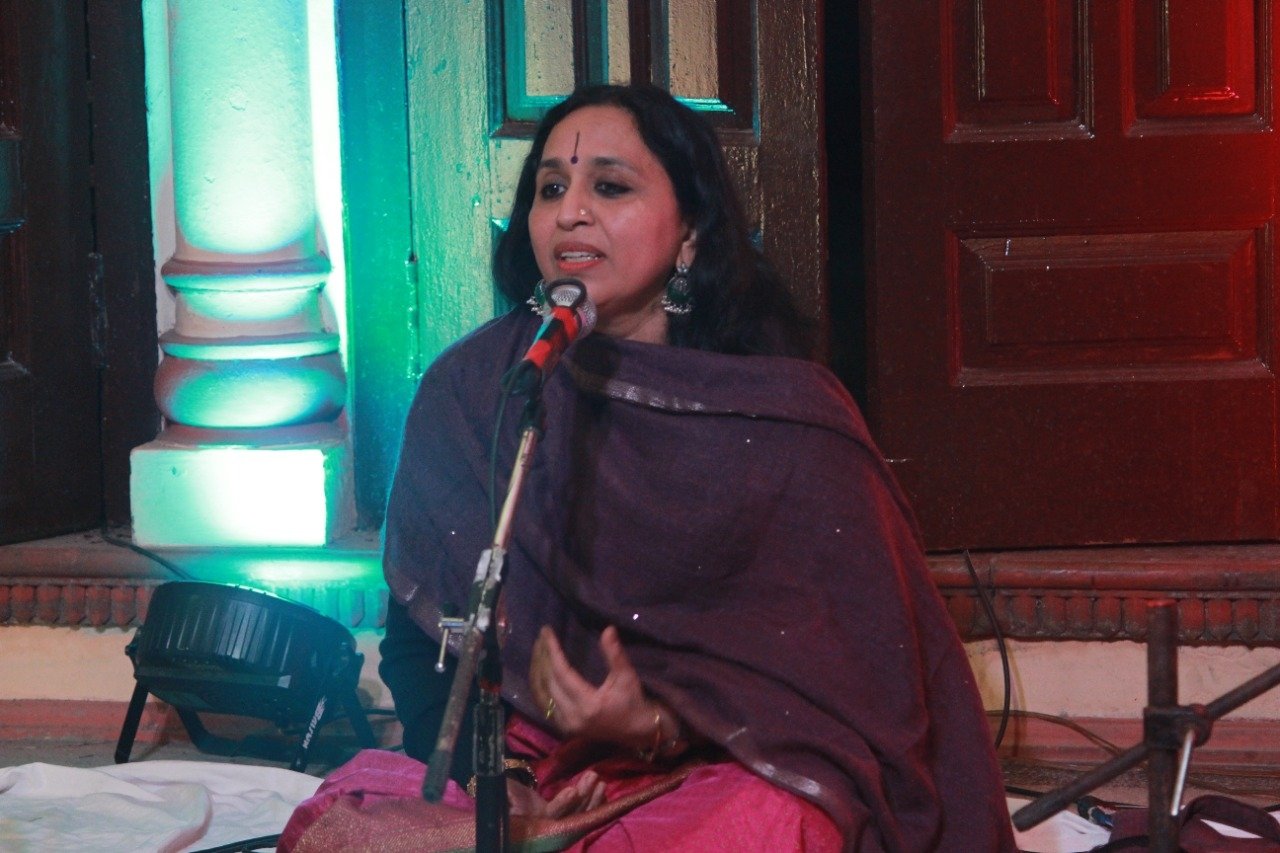 Art Is All Around Us: Singer Vidya Shah

NEW DELHI, (IANS) – Hoping that the post-Pandemic high continues and is not eclipsed by the fear of yet another wave, singer Vidya Shah has a consistent rhythm for 2023 set in place.

Though initially trained in Carnatic music, she later received guidance in the North Indian genres of Khayal (from Shubha Mudgal and Mujahid Hussain Khan), Thumri Dadra, and Ghazal (from Shanti Hiranand). Shah has performed at several prestigious forums, including The Kennedy Centre in Washington D.C., The Asia Society in New York, and the British Museum in London.

Also planning to work with historian William Dalrymple on his book ‘The Anarchy’, she is editing a collection of essays to be published next year centered around journeys of women in studios, the making of entertainment, theatre, gramophones, and talkies. “Plus, I am starting out a short research process; an audio archive on songs and folk narratives related to the freedom movements of 1947 and 1857.”

Known for bending genres and experimenting consistently, Shah says it is a driving force for her and adds value to her work. “It introduces me to new research and the sheer richness of our culture. Besides, it is our art; especially music — it is so rooted in anecdotes… there are so many stories, and they are extremely important to me. It brings me closer to the audience.”

The singer has been actively involved with social issues — in 1991 she was Program Fellow at, Indo-German Social Service Program and later was an activist with Khedut Mazdoor Chetna Sanghatan in Madhya Pradesh. Besides being the founder member of Paridhi Research – a rights-based women’s organization working on reproductive and sexual health with a focus on birth control methods, she was the Program Coordinator with the Naz Foundation.

“The social journey has been extremely fruitful. Music or any kind of art is so socially embedded even in folk narratives, and I cannot see them in isolated silos. My father-in-law, Haku Shah would always say that there is culture in everything. There is art happening everywhere, in each instant. And what excites me about all this are the possibilities of innumerable connections,” she concluded.