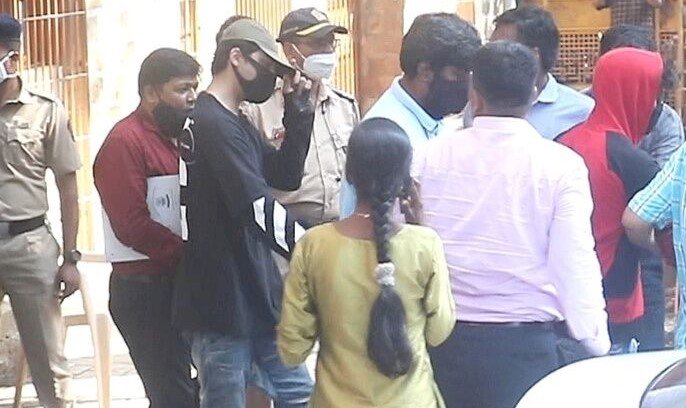 MUMBAI — In a major setback for megastar Shah Rukh Khan’s son Aryan Khan, a Mumbai court Oct. 8 rejected his bail plea, and of two others who were among the 8 arrested accused in the raid on an alleged rave party on a luxury cruise ship.

Shortly after the verdict, lawyers for some of the accused told the media that though the detailed reasoning for the ACMM’s order will come later, they plan to apply to the Sessions Court for bail Oct. 11.

The developments came a day after all the eight accused were sent to judicial custody, and they shifted to the regular prisons from the NCB lockup.

The two women accused – Munmun Dhamecha and Nupur Sarika – were shunted to the Byculla Women’s Jail, and the others – Aryan, Arbaaz Merchant, Vikrant Chhoker, Ismeet Singh, Mohak Jaswal, and Gomit Chopra were sent to the ARCJ.

Earlier, for the past one week since their detention and subsequent arrest, they were kept in the NCB lockup in south Mumbai.

This morning, all the eight accused youngsters underwent medical and RT-PCR tests at the Sir J.J. Hospital, and after they tested negative for the latter, were taken by the NCB under tight security to the jails, where they are lodged in the quarantine wards.

In the high-drama rave party raid on October 2, the NCB had stated that it recovered drugs like 13 grams cocaine, 21 gms charas, 5 gms MD, and 22 MDMA pills in the operation from the accused, most of whom are linked to the glamour and entertainment industry.

Later, in the past few days, another 10 persons have been arrested for their alleged involvements in the rave party, including four from a Delhi-based event management company which had chartered the Cordelia Cruise ship for the Mumbai-Goa voyage.

That night (Saturday) the 8 were apprehended by NCB and kept under detention, the following day they were formally arrested and after getting two remands from the ACMM, they spent the next 5 nights in the NCB lockup.

On Oct. 8, they will spend their night in the Arthur Road Central Jail and Byculla Women’s Jail, and will remain there till they are released on bail, hopefully sometime next week.

The lawyers of the accused youngsters said that they will prepare the papers and move the Sessions Court at the earliest opportunity, while the NCB has indicated that it would oppose their bail pleas.