As Eric Garcetti’s Nom Languishes in Senate, US Sends Another Temporary Envoy to India 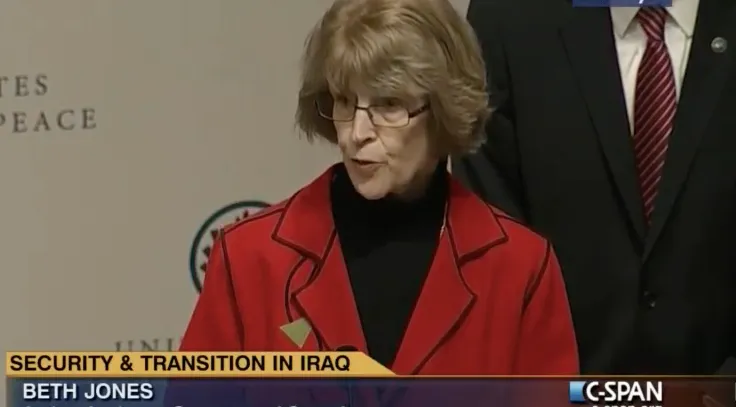 As Eric Garcetti’s Nom Languishes in Senate, US Sends Another Temporary Envoy to India

WASHINGTON, DC (IANS) – With the nomination of Eric Garcetti as Ambassador to India languishing in the Senate, the US is sending the fifth career diplomat, Elizabeth Jones, to act as its envoy in New Delhi.

The State Department announced on October 24 that Jones, who was the coordinator of efforts to relocate Afghans after it pulled out of the war-torn nation in August 2021, will be the Chargé d’Affaires at the embassy in Chanakyapuri.

Even as New Delhi has assumed strategic importance for Washington in many areas, notably India’s neutrality on Ukraine and its energy trade with Russia, the US does not have a politically empowered facilitator on the ground there.

While the top American job in India is vacant, the US Indo-Pacific strategy is proceeding apace and the Quad model of cooperation in that region between India, the US, Japan, and Australia is being extended to the Middle East with India, Israel, the US, and the United Arab Emirates as partners.

There have been four charge affairs in the 21 months since Kenneth Juster, an appointee of former President Donald Trump, quit in January 2021 when President Joe Biden took over.

Jones has experience in South Asia starting her foreign service career in Kabul, and later has been the deputy special representative for Afghanistan and Pakistan.

Following the chaotic US withdrawal from Afghanistan last year, she was charged with helping Afghans fleeing the Taliban and resettling them here.

The nomination of Los Angeles Mayor Garcetti has hit a roadblock in the Senate, which must approve senior government appointments, because of allegations that he knew of reports of sexual harassment by a former senior staff member but did not act.

Two Republican Senators have blocked the Senate from voting on his nomination that was approved in December by its Foreign Relations Committee after public hearings.

Some Democrats are also ambivalent about him because of the nature of the allegations and in the evenly split Senate, every Democrat would have to vote for him with Vice President Kamala Harris casting the tiebreaker if the 50 Republicans end masse oppose him.

Garcetti will be completing his term as Los Angeles Mayor at the end of this year, and he is not seeking re-election. Meanwhile, at least officially, the Biden administration is standing by his nomination.