At 6, Madan Garg Treks To Everest Base Camp 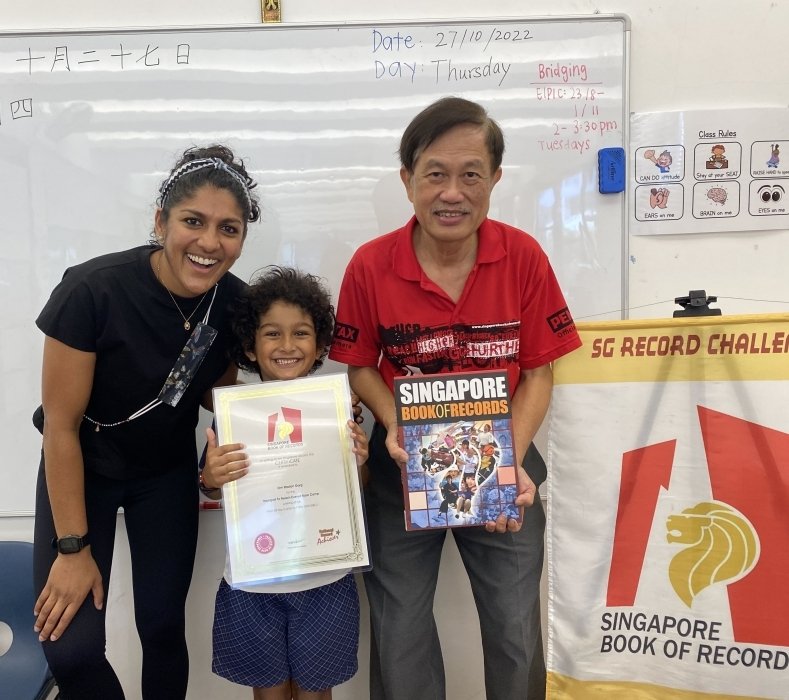 At 6, Madan Garg Treks To Everest Base Camp

SINGAPORE, (IANS) – A six-year-old Indian-origin boy has become the youngest Singaporean to have trekked to the Everest Base Camp in Nepal at an altitude of 5,364 meters.

Om Madan Garg trekked for 10 days in October along with his parents, covering an altitude gain of around 2,500m from the village of Lukla at 2,860m to the base at 5,364m, according to the Singapore Book of Records.

The Garg family arrived at Lukla, which is the starting point and the gateway to the base camp trek on September 28 and reached the base on October 7.

They were accompanied by a qualified guide and two porters.

“I threw my hat in the sky and we climbed to the top of the Mount Everest Base Camp rock, and we took a photo. We flew the Singapore flag,” he told Channel News Asia in an interview.

The preschool student was awarded a certificate from the Singapore Book of Records.

His entire sojourn has been documented in a seven-part series on the family’s YouTube channel, The Brave Tourist.

Three-year-old Heyansh Kumar from India is the youngest person to reach the Mount Everest base camp.

Kumar was three years and seven months old when he achieved the milestone.