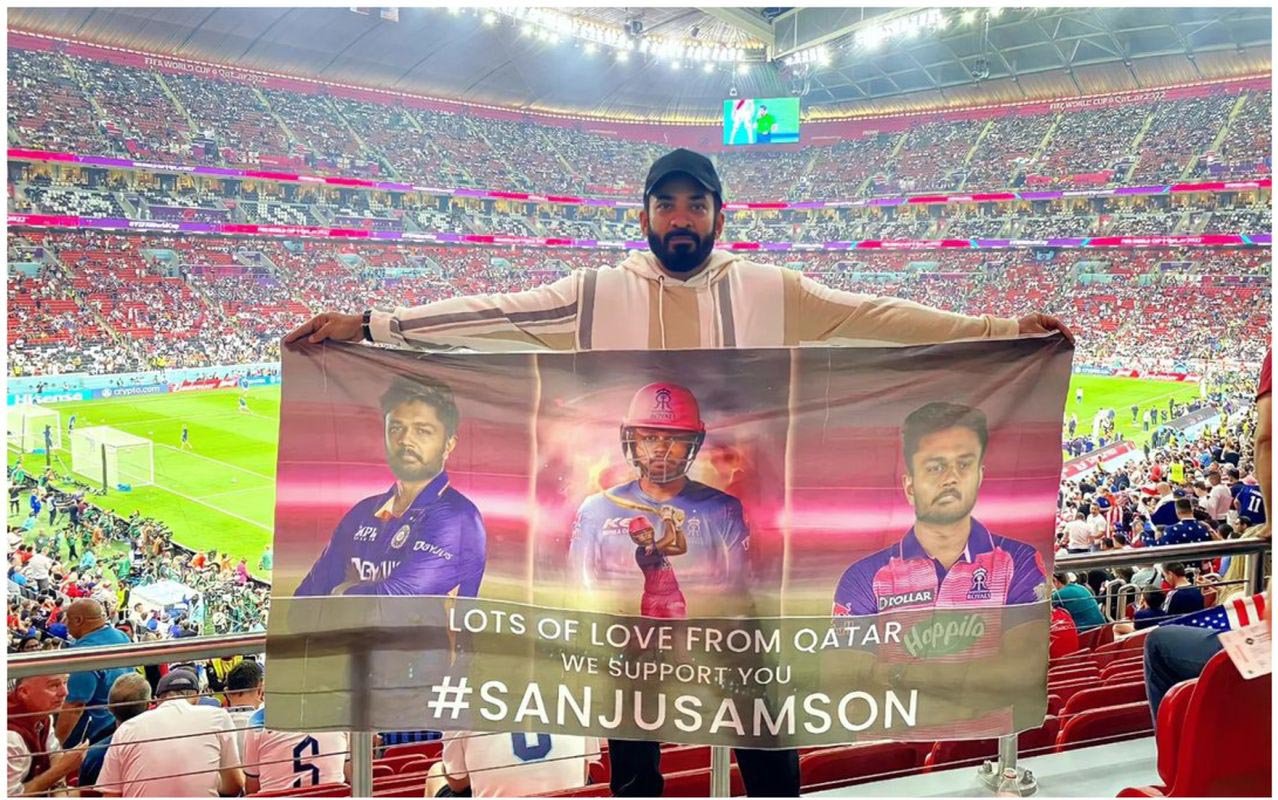 DOHA – Despite not receiving a regular chance in India’s playing XI in the ongoing Men in Blue’s New Zealand tour, fans’ love for their star batter Sanju Samson is unfazed.

In the ongoing FIFA Qatar World Cup 2022, the fans showed support for Samson by raising unique banners, a picture of which was shared by Rajasthan Royals, the team Samson leads in the Indian Premier League. The official Twitter handle of Rajasthan Royals posted pictures of the fans with posters in their hands.

After losing by seven wickets to New Zealand in the opening ODI of the series on Friday, Nov. 25, 2022, in Auckland, Team India was anticipated to make a change. India received criticism for leaving out a bowler. However, fans were furious with captain Shikhar Dhawan and head coach VVS Laxman after Samson was cut loose to make room for all-rounder Deepak Hooda.

Samson stayed on the trip for the ensuing ODI series and was eventually given a chance, scoring a respectable 38 off 36 balls and putting together a key 96-run partnership with Shreyas Iyer, although in a losing cause. To increase the depth of their bowling, India later sidelined him in favor of Hooda.

After the match on Sunday, Nov. 27, in Hamilton, Dhawan explained why Samson was dropped.

“We wanted the sixth bowler to come in, so Sanju Samson missed out and Hooda came in. And Chahar was picked because he can swing the ball well. A few of our guys are resting but this side is still strong, showing the depth of our squad,” he explained after the match.