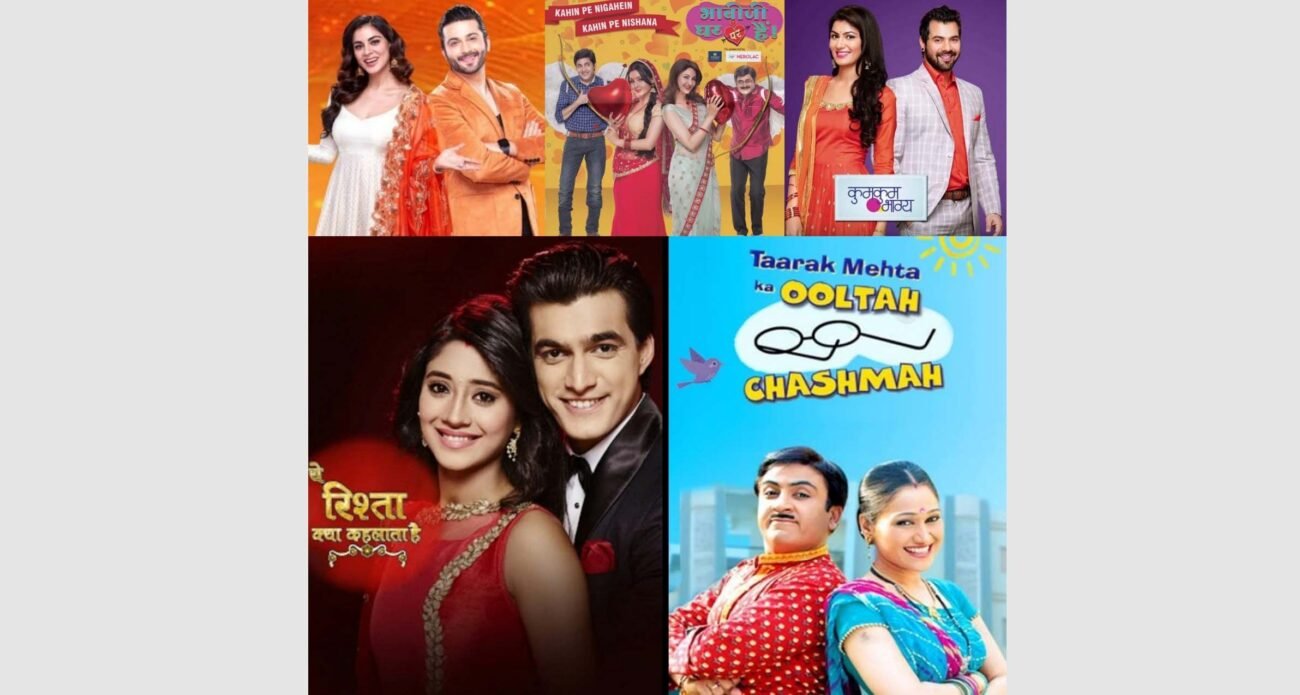 MUMBAI, (IANS) – Hindi films may be struggling at the box office, multiplex attendance may be yo-yoing, OTT platforms may rise and shrink, but television serials just don’t seem to be going out of fashion. They have become an inextricable part of people’s lives.

With ‘Tarak Mehta’ completing more than 3,500 episodes — and it is still not the longest-running show — and ‘Kyunkii Saash Bhi Kabhi Bahu Thi’, which changed Smirti Irani’s life and career, seeing a revival on Star Plus, we list five of our most durable drawing room companions:

The longest-running show has completed more than 3.520 episodes and its gags do not show any signs of flagging. The iconic serial is a popular family comedy that raises awareness on social issues with fun and laughs. It is based on the weekly column ‘Duniya Ne Undha Chasma’ by Gujarati writer Taarak Janubhai Mehta. Its initial cast included names such as Dilip Joshi as Jethalal, Disha Vakani as Daya Jethalal Gada, popularly known as Daya Ben, and Shailesh Lodha playing Taarak Mehta, the narrator of the show, who quit the recently.

Asit Kumarr Modi, producer, and writer of the show said, “It is not just a show but an emotion. Making a show appealing to the audience is like a fight every day. When we started in 2008, there was only Facebook, but now there is a lot of competition because of OTT and various social media platforms.

“In such a scenario, keeping the audience intact is not an easy task. But I must do it and I managed to do it. I always try to make my audience laugh despite the fact many actors have left the show. I have to make sure that the show goes on with new ideas and stories.”

The long-running show has been holding its own since January 12, 2009, formerly had Hina Khan, Karan Mehra, Shivangi Joshi and Mohsin Khan on its cast. Since October 2021, it has moved into the third generation of its story with new faces who include Pranali Rathod and Harshad Chopda, even as the famous pair of Naira and Kartik (Shivangi and Mohsin) bid goodbye to the daily soap.

The show has now completed 3,792 (and counting!) episodes and producer Rajan Shahi shared how tough it is to keep the interest of the audience alive for such a long period. He said: “It talks about the relationships of the different family members, so people from all age groups have connected with the show. Another reason is that we have not come under pressure to do dramatic tracks for the sake of TRPs and always had a long-term story in mind.” Shahi added what really works for the show is that its look, feel, grandeur and presentation have been the same from its beginning till date.

“I think it always has had a very deep family connection,” Shahi explained. “Right now, I would say we have a trilogy. Initially, the show was about Akshara-Naitik for eight years and then it was Kartik-Naira for six, and now we have a new pair. The new love story has again connected with audiences because it talks about the journey of a young couple who are in love and then they decide to get married. I think we have always decided to reinvent and take bold steps,” he added.

Ektaa Kapoor’s ‘Kumkum Bhagya’, based on Jane Austen’s ageless novel ‘Sense and Sensibility’, began with Sriti Jha and Shabir Ahluwalia as the main leads from 2014 to 2021. Today, the story has moved on to the next generation with Mugdha Chaphekar and Krishna Kaul in the main roles.Indeed, the story that started with the married life of Pragya (Sriti) and Abhi (Shabir) and their kids has now reached to another level and the new characters have become prominent.

Still, the show continues to be the audience’s favorite and its director, Shahnawaz Khan, said the main reason for its enduring popularity is its relatable story. He explained: “I believe the storyline is intriguing and relatable, which is why we have managed to complete more than 2,174 episodes. I personally watch the show, and each time I see it, I feel proud and amazed as each character has grown so much and formed a unique connection with one and all over the past eight years. The characters of ‘Kumkum Bhagya’ are actually very strong and expressive, and they have taught the audience a lot of life lessons.”

This show has tickled the funny bone of audiences with its banter and the hilarious plot that revolves around two couples who are neighbors, namely the Mishras and the Tiwaris, with the two husbands being attracted to each other’s wives. And they do every possible thing to get the attention of the neighbor’s spouse.

Produced by Binaifer Kohli under the banner of Edit II Productions, it premiered on March 2, 2015, and it has completed 1,854 episodes. Along with the storyline, its characters Aasif Sheikh as Vibhuti Narayan Mishra, Rohitash Gaud as Manmohan Tiwari, Shubhangi Atre as Angoori Bhabhi, and Saumya Tandon as Anita Vibhuti Narayan Mishra are hugely popular among fans.

Binaifer said she is happy her show has been able to make people laugh over the years. “The love and support that viewer shower on our shows can be overwhelming,” she said. “We are so happy to be able to live up to their expectations. We have a strong team brimming over with creativity and new ideas. Moving with the times, keeping it clean and family-oriented, and fun — these are the elements that keep the interest of the audience alive.”

Looking ahead, she added: “In fact, in recent years, it has been a little sad because of Covid and a little scary, and such shows are what keep everybody happy. ‘Bhabi Ji’ has been running since 2015 and it is difficult to keep the comedy and tracks alive. We work harder and harder to keep it on top.”

After the success of ‘Kumkum Bhagya’, its spin-off series, ‘Kundali Bhagya’, has completed 1,286 episodes and turned its cast members Shraddha Arya, Manit Joura, Ruhi Chaturvedi, Sanjay Gagnani and Shakti Arora into stars of the television universe.

Director Anil V. Kumar reviewed the success of the show and said in a television show, audiences connect with the characters from one day to the next. They see their growth and relate the day-to-day life of the characters with their own. That is what keeps them coming back each day to see how their favorites have progressed.

“The more relatable the characters and their journeys are, the more people stay connected with a serial and come back each day to watch it,” Kumar said. “When audiences see situations that they may have faced in their live or relate to, their interest keeps growing with the journey.”