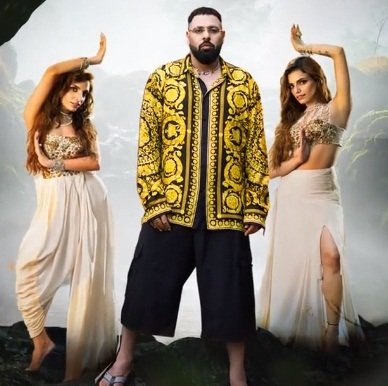 MUMBAI, (IANS) – Rapper Badshah has teamed up with musical twins Sukriti and Prakriti for their much-anticipated song ‘Kya Say’. Sonically, the song features a southern ethnic sound, with a groove that flows over into the eponymous hook line.

The visuals of the song present a colorful palette with the costumes of the singers adding the perfect vibe to the overall look and feel of the music video. Badshah, who is known to have a liking for bling jackets, can be seen keeping it raw and casual with his sartorial choice in the song. Sukriti and Prakriti are sporting ravishing attire, channeling their rustic nature goddess avatar.

Talking about the song, Badshah said, “The experience of working on ‘Kya Say’ was absolutely amazing. Chamath has created yet another masterpiece with this music. I had a lot of fun creating this song and video with the talented duo Sukriti – Prakriti, that too in such a scenic location. Big shout out to Amith and the Studio Moca team for bringing this art to life and for making me do those stunts on set, it sure was exciting. The song is out everywhere, and I urge you to listen to it and watch it over and over.”

The music video was shot at Athirappilly Waterfalls in Kerala where some of the most famous films have been shot, including ‘Bahubali’, ‘Raavan’, and a few other films by director Mani Ratnam.

On collaborating with Badshah for the first time, Sukriti and Prakriti Kakar said, “This is a dream collaboration, and the response has been overwhelming. It’s a beautiful song composed by Chamath, and people have been ecstatic since we announced it. We are delighted with how the song has turned out, and we have enjoyed the journey immensely.

The video also features the second largest elephant in India, Kalidas-Chirakkal Kalidasan, a celebrity in his own right, known for his appearance in the Prabhas and Rana Daggubati-starrer ‘Bahubali’.