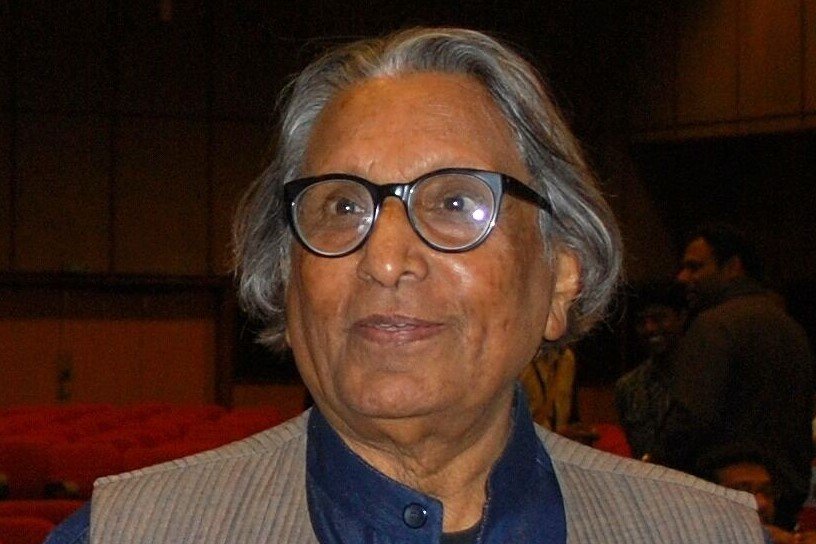 Given in recognition of a lifetime’s work, the Royal Gold Medal is approved personally by the British monarch Queen Elizabeth II and is given to a person or group of people who have had a significant influence on the advancement of architecture. It has been awarded since 1848 and will be presented to Doshi at a special ceremony next year.

RIBA said: “With a 70 year career and over 100 built projects, Balkrishna Doshi has influenced the direction of architecture in India and its adjacent regions through both his practice and his teaching. His buildings combine pioneering modernism with vernacular, informed by a deep appreciation of the traditions of India’s architecture, climate, local culture and craft. His projects include administrative and cultural facilities, housing developments and residential buildings. He has become internationally known for his visionary urban planning and social housing projects, as well as his work in education, both in India and as a visiting professor at universities around the world.”

Born in 1927 in Pune to an extended family of furniture makers, Doshi studied at the JJ School of Architecture, Bombay (now Mumbai), before working for four years with Le Corbusier as senior designer (1951-54) in Paris and four more years in India to supervise projects in Ahmedabad. He worked with Louis Kahn as an associate to build the Indian Institute of Management, Ahmedabad, and they continued to collaborate for over a decade.

Doshi founded his own practice, Vastushilpa, in 1956 with two architects. Today Vastushilpa is a multi-disciplinary practice with five partners spanning three generations and has 60 employees.

Doshi, now in his nineties, works every day and remains as prolific as he is inspirational.