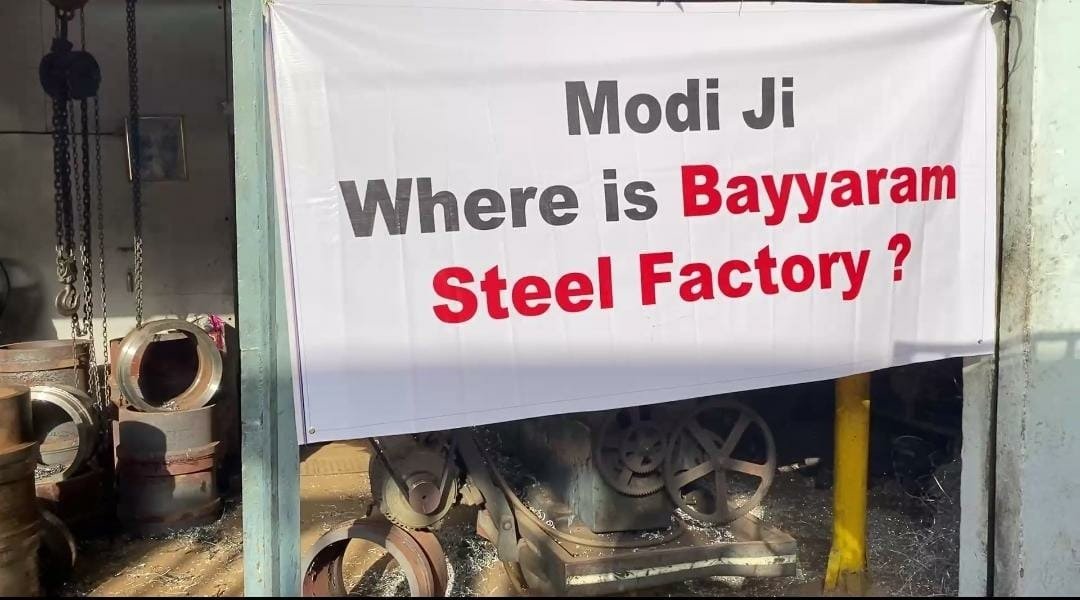 HYDERABAD, (IANS) – Banners with 17 questions to Prime Minister Narendra Modi were put up at different places in Hyderabad during his visit to the city.

The PM was asked about the commitments made to Telangana but remained unfulfilled even after eight years. While the banners did not carry the names, it was apparently placed by supporters of the ruling Telangana Rashtra Samithi (TRS).

The banners came up around Hussain Sagar Lake in the heart of the city, at Osmania University, and other prominent places.

“Modi ji where is Indian Institute of Science Education and Research for Telangana,” asked one put up at Arts College on Osmania University campus.

The PM was also asked why the defense corridor was not sanctioned for Telangana.

He was also questioned as to why the global center for traditional medicine moved from Hyderabad to Gujarat.

Modi was also reminded of the Centre’s commitment to set up Rail Coach factory at Kazipet.

He was also asked through two banners as to why national project status was not given for Kaleshwaram project and the Palamuru-Rangareddy project.

The banners also drew the attention towards the Centre’s unfulfilled commitment to set up a steel factory at Bayyaram.

The state’s ruling party had asked Modi similar questions during his previous visit to Hyderabad on February 5.

The PM was in Hyderabad on May 26 for about three hours to attend annual day celebrations at the Indian School of Business. He also addressed BJP leaders and workers at Begumpet Airport, launching a bitter attack on TRS over what he called family rule in the state.

The Chief Minister meanwhile, flew out of the state a few hours before the arrival of Modi.