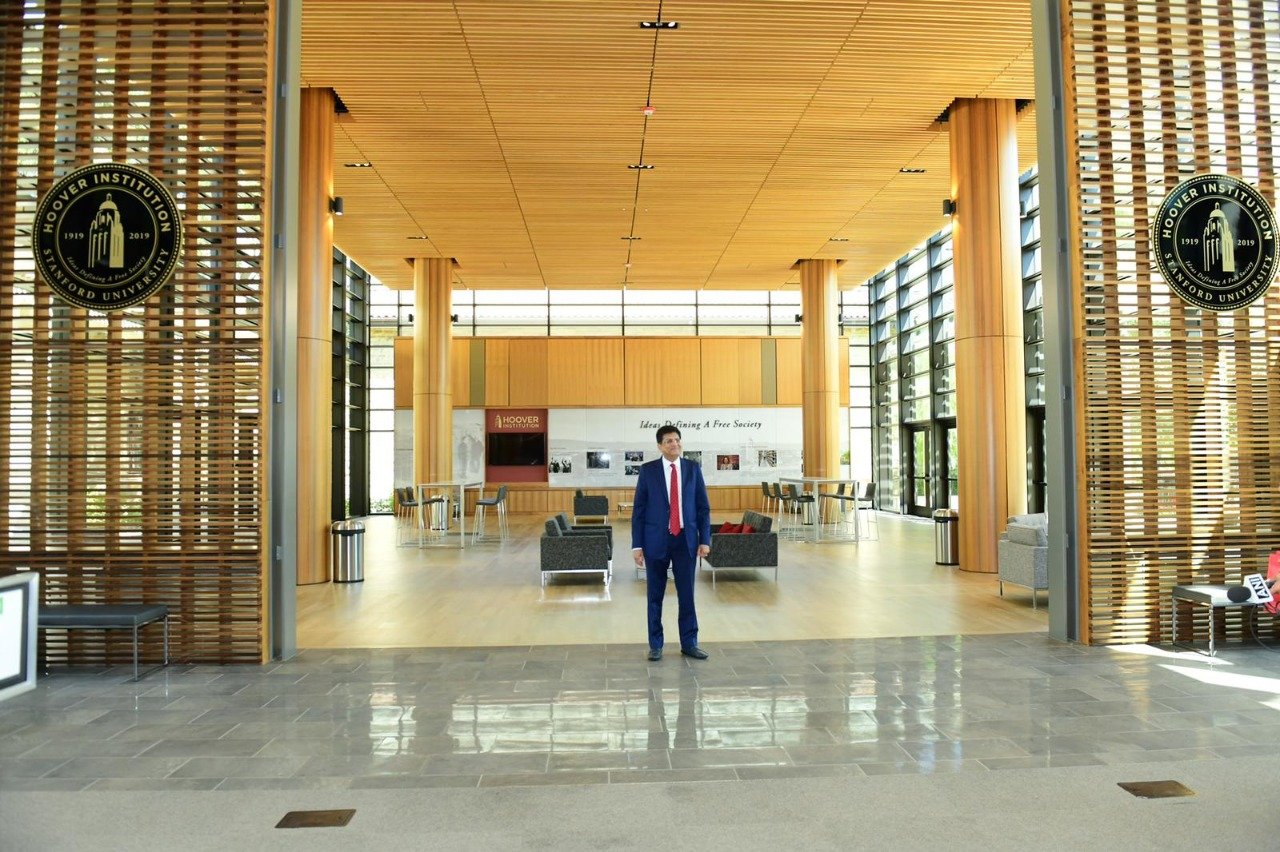 SAN FRANCISCO, CA (ANI) – India’s Minister for Commerce Piyush Goyal said that creating partnerships with companies in the San Francisco bay area will help India achieve cyber security goals faster and added that he is excited about some of the offers that he received from the entrepreneurs and tech companies here, after holding meetings with IT security companies.

His statement came after Jay Chaudhry, the Indian American billionaire and CEO of the San Jose-based, Zscaler, on September 7 said that they have come up with some initiatives where the company can help improve cyber security for the Indian government. About his company, Chaudhry said, “We have made significant investments in India. We opened the Zscaler office first in Banglore before opening it in the US. 40 percent of our employees are in India, probably the highest by any US-based company. We are hiring aggressively and looking at what more and more can be done in India,” he added.

The India-US start-up SETU, which stands for Supporting Entrepreneurs for Transformation and Upskilling, will act as a bridge between American and Indian companies, Goyal said.

“There were suggestions about mentorship. We’ve launched the SETU program where we are looking at supporting entrepreneurs through transformation and upskilling initiatives. We’re also looking at a program that the startup advisory council had initiated in India in which mentorship is being initiated particularly in tier-2, tier-3 and tier-4 towns and remoter areas. A lot of good suggestions have been brought to the table,” he said.

The start-up will help entrepreneurs in upskilling, transforming and leveraging the success stories of the Indian diaspora in the US, Goyal said after launching the start-up in San Francisco.

Encouraging investments in India, the minister said that apart from getting a competitive place to do business, companies also get a large billion-plus market of ‘aspirational Indians’. Highlighting the huge market potential of the country, Goyal said there are benefits of economies of scale and the availability of a large talent pool.

To deepen the partnership between India and the US, Goyal expressed a desire to collaborate with Stanford while visiting the university’s newly launched Doerr School of Sustainability, a hub for research and innovation focused on advancing the long-term prosperity of the planet. Goyal underlined the need for a deeper understanding of India’s energy needs and potential solutions for the sustainable development of industrial and economic activity.