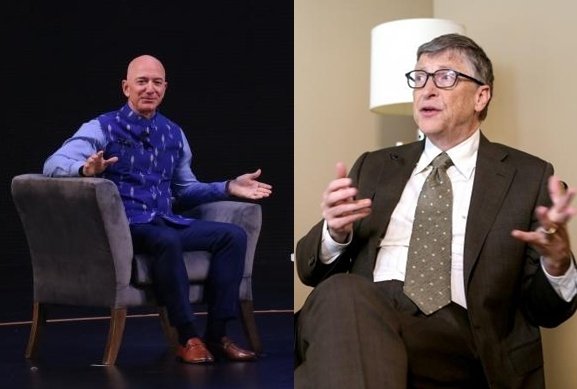 WASHINGTON, DC (IANS) – Some of the world’s richest men, including Jeff Bezos and Bill Gates, are funding a massive treasure hunt, complete with helicopters and transmitters, on the west coast of Greenland.

The climate crisis is melting Greenland down at an unprecedented rate, which — in a twist of irony — is creating an opportunity for investors and mining companies who are searching for a trove of critical minerals capable of powering the green energy transition, CNN reported.

The band of billionaires, which also include Michael Bloomberg, among others, is betting that below the surface of the hills and valleys on Greenland’s Disko Island and Nuussuaq Peninsula there are enough critical minerals to power hundreds of millions of electric vehicles.

“We are looking for a deposit that will be the first- or second-largest most significant nickel and cobalt deposit in the world,” Kurt House, CEO of Kobold Metals, told CNN.

The Arctic’s disappearing ice — on land and in the ocean — highlights a unique dichotomy: Greenland is ground zero for the impacts of climate change, but it could also become ground zero for sourcing the metals needed to power the solution to the crisis.

Kobold is partnered with Bluejay Mining to find the rare and precious metals in Greenland that are necessary to build electric vehicles and massive batteries to store renewable energy.

Thirty geologists, geophysicists, cooks, pilots, and mechanics are camped at the site where Kobold and Blujay are searching for the buried treasure.