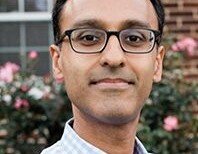 As the Biden administration continues to beef up its staff in support of President Joe Biden and Vice President Kamala Harris, more Indian Americans have been added to what is becoming arguably the most diverse administration staff in U.S. history.

Recently added to the administration was Mohsin Syed and Opal Vadhan, according to a news release.

Syed will serve as the principal deputy assistant secretary for congressional affairs.

Syed served as the acting assistant secretary for governmental affairs. He previously served for over six years on Capitol Hill, including as the majority chief counsel for the House Committee on Transportation and Infrastructure; minority staff director for the Subcommittee on Aviation Operations, Safety, and Security within the Senate Committee on Commerce, Science, and Transportation; and legislative counsel for Sen. Bill Nelson.

Prior to his work on Capitol Hill, Syed worked as a career attorney-adviser within the department’s Office of the General Counsel, as an attorney in private practice, and as an intelligence officer with the Defense Intelligence Agency.

Vadhan was named a personal aide to Harris, a position often referred to as “body person.”

Vadhan previously served as executive assistant to Secretary of State Hillary Clinton. Prior to that, she was on the national advance team for Hillary for America.

Vadhan is a former campus editor-at-large for Huffington Post, and a former on-camera reporter for TV Asia. She spent her fall 2014 semester interning at The White House in the Office of Communications in Washington D.C.

She graduated from Pace University in 2015 and was named to Pace University’s 30 under 30. She is also a two-time New York Women in Communications scholarship winner.