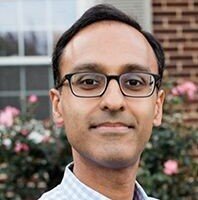 President Joe Biden said he intends to nominate Mohsin Syed to the post of assistant secretary of government affairs at the Department of Transportation, one of several South Asian American nominees to various administration roles. (transportation.gov photo)

The White House April 7 said that President Joe Biden announced his intent to nominate a trio of individuals, including Mohsin Syed, to key roles in the administration.

Syed was announced as the intended nominee for assistant secretary of government affairs at the Department of Transportation.

He currently serves as the principal deputy assistant secretary for congressional affairs at the U.S. Department of Transportation. He previously served for over six years on Capitol Hill, including as the majority chief counsel for the House Committee on Transportation and Infrastructure, minority staff director for the Subcommittee on Aviation Operations, Safety, and Security within the Senate Committee on Commerce, Science, and Transportation, and legislative counsel for Senator Bill Nelson.

Prior to his work on Capitol Hill, Syed worked as a career attorney-adviser within DOT’s Office of the General Counsel, as an attorney in private practice, and as an intelligence officer with the Defense Intelligence Agency.

He received his B.A. and J.D. from the University of Virginia. Syed currently resides in Arlington, Virginia, with his wife and two sons.