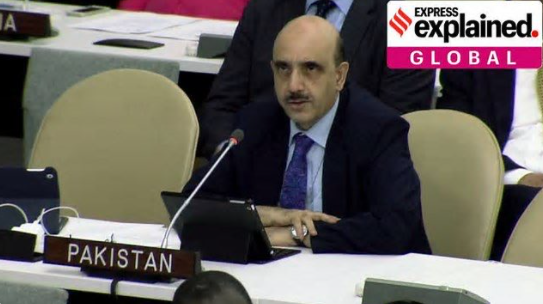 WASHINGTON, D.C. – The Foundation for India and Indian Diaspora Studies (FIIDS), in a statement, on Feb.3 urged Biden to reject the appointment of the “Jihadi-terrorist-sympathizer” Masood Khan as Pakistani Ambassador to the United States.

An institute for US-India policy studies and awareness, FIIDS also called on secretary of state Antony Blinken and members of the Senate and House committees on foreign relations to do the same.

“Masood Khan has repeatedly demonstrated a soft spot for Jihadi-terrorists, including Aafia Siddiqui, a convicted terrorist operative known as ‘Lady Al-Qaeda’. His support to designated terrorist organizations under the US law such as Hizbul Mujahideen, Harkat-ul-Mujahideen (HuM), and Jamaat-e-Islami, is not only inimical to US interests, but also to global peace,” FIIDS said.

“Khan’s diplomatic role in the United States may open an avenue for access for terrorist organizations to US institutions. Furthermore, his former active role as president of Pakistan Occupied Kashmir will complicate US relations with its strategic partner India. His support to the Taliban will also adversely affect US interests in Afghanistan,” it said.

Republican Congressman Scott Perry, in a letter to President Biden has also expressed “grave concern” about the nomination. “(Pakistan Prime Minister) Imran Khan’s nomination of a bona fide terrorist sympathizer working to undermine our interests in the region, as well as the security of our Indian allies, can only be described as a breathtaking lack of judgment at best, and a demonstration of Islamabad’s unmitigated contempt for the United States at worst,” he wrote.

In Islamabad, the Dawn newspaper reported that the US State Department has been taking “unusually long” to accept the nomination of Khan and the “delay has triggered an impression of a pause in the process”.