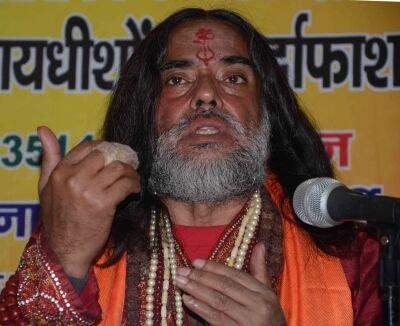 NEW DELHI — Bigg Boss 10 contestant Swami Om passed away Feb. 3. The self-proclaimed god man breathed his last at his residence in Ghaziabad. He was 63.

Swami Om battled Covid three months ago, following which he reportedly had some ailments and was undergoing treatment at a Delhi hospital.

Covid made him extremely weak and the 63-year-old reportedly suffered from paralysis a few days ago following which his condition worsened.

“Due to paralysis, half of his body was paralyzed,” Swami Om’s friend Mukesh Jain’s son told Zee Media confirming the news of his demise. He further informed that the death happened due to paralysis.

The Bigg Boss 10 contestant will be cremated on Wednesday afternoon at Nigam Bodh Ghat in Delhi.

Swami Om had a controversial stint at the 10th season of the reality television show hosted by Bollywood superstar Salman Khan. The makers had evicted him after the self-proclaimed god man did the grotesque act of throwing urine on housemate Bani J.