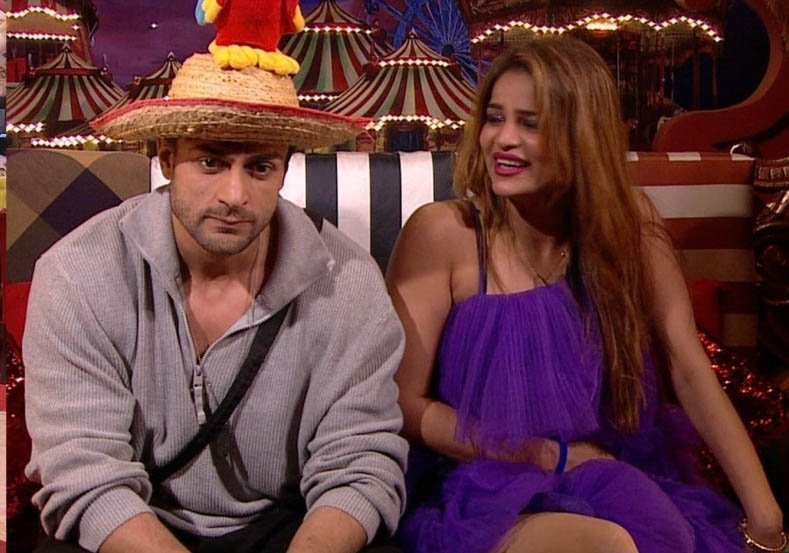 MUMBAI  (IANS) – The claws are out as ‘Bigg Boss 16‘ contestants are locking and all set to lock horns in even the upcoming episode of the controversial reality show, hosted by superstar Salman Khan.

The rivalry is growing between contestants Shalin Bhanot and Gautam Singh Vig. The former evidently has a soft corner for Tina Datta and the latter is discernibly charmed by Soundarya Sharma.

The captain of the house, Gautam leaves no stone unturned to make Shalin jealous by incessantly flirting with Tina. Visibly begrudged Shalin returns the blow by pecking Soundarya on the cheek.

This does not go down well with Gautam, who disparages it as a cheap move. It will be interesting to watch how far this battle of love and jealousy in the house will go.

Another quarrel erupts in the Colors ‘Bigg Boss’ house with Archana Gautam plundering a piece of ginger from one bedroom to her own.

The food items were allotted as per the requirements of each of the four bedrooms by the captain. However, Archana’s act spurs a massive ruckus in the house.

Later, the heat of all the bickering in the house is placated by a fun task assigned by ‘Bigg Boss’. The master of the house commands the contestants to vote for who they think is the most talkative and has the most irritating voice.

The vote is carried out by prefixing it with ‘Shut Up’. Elected with a sweeping majority of 12 ‘Shut Up’ votes, Archana is summoned to the confession room along with Shalin to note the instructions of a unique task.

The most talkative contestant Archana has been given the task of being silent, while Shalin is appointed as her mouthpiece to parrot out her communication to the rest of the contestants.