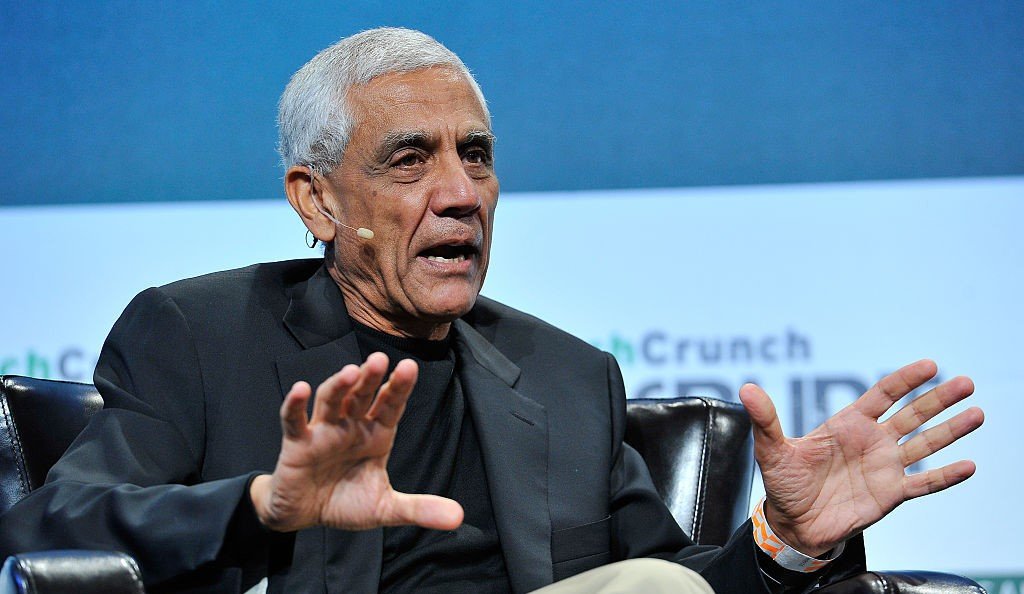 Indian American venture capitalist Vinod Khosla offered his financial support April 24 to hospitals in India who are struggling to secure oxygen supplies amid a deadly second wave of the COVID-19 pandemic.

More than 2,000 people are dying each day throughout the country, bringing India’s death toll to nearly 200,000 overall. The double mutant B.1.617 variant — far more virulent and lethal — now accounts for more than 20 percent of new infections in India. The country is experiencing more than 300,000 new infections per day. Hospitals have run out of beds, and, more critically, supplies of oxygen.

“Almost every hospital is on the edge. If oxygen runs out, there is no leeway for many patients,” Dr. Sumit Ray of the Holy Family Hospital in New Delhi, told the BBC.

“Within minutes, they will die. You can see these patients: they’re on ventilators, they require high-flow oxygen. If the oxygen stops, most of them will die.”

After receiving scores of responses urging him not to channel his funds through the Prime Minister’s office, the billionaire co-founder of Sun Microsystems said in a tweet the following day that he would be coordinating and sourcing grants through the non-profit organization Give India, an online donation platform which aims to channel and provide resources to credible non-governmental organizations across India, giveindia.org

Khosla urged hospitals in need and donors to directly contact Give India and its founder/CEO Atul Satija via Twitter. “Please make your requests to them directly and please contribute to their efforts too. The needs are large.”

“The image of many patient families crying and crowding outside hospitals desperate to get urgent medical help for their kith and kin is etched in our memories. Thousands have lost their loved ones to this growing crisis,” noted Give India on its Web site. “There is a critical and immediate need for oxygen in hospitals and COVID Care Centers that our NGOs across the country have been registering with us.”

The organization is setting up oxygen generation plants in hospitals/COVID facility compounds in Delhi, Bangalore, Mumbai and Patna. A 5,000-liter capacity plant costs about $800,000 and can support 650 people per day.

Minutes after Khosla posted his initial tweet, his Twitter feed exploded with responses by hospitals in need of oxygen and other supplies. Dr. Sangita Reddy, Joint Managing Director of the Apollo Hospitals Group, tweeted a response: “Vinod, how generous and timely. We are running two medical college hospitals mostly free and have free wards in most of our hospitals. Will reach out. Speed is of the essence.”

Deepinder Goyal, founder of the non-profit organization Zomato, tweeted that his organization is trying to get 5,000 oxygen concentrators to hospitals in India.

The government-funded Council for Scientific and Industrial Research, a branch of the Indian Ministry of Science and Technology, asked for Khosla’s help to get new oxygen concentrators set up across the country. Non-profit organizations working on shortages related to the pandemic — such as food and potable water — also responded to Khosla’s tweet.

In a subsequent tweet, Khosla asked President Joe Biden to release the U.S. stockpile of 60 million doses of the Astra Zeneca vaccine. “The AZ vaccine is unlikely to be ever approved in the U.S. given current alternatives here. (Biden) should absolutely release all doses and future commitments for U.S. supply since Moderna and Pfizer can supply U.S. needs.” On April 26, the White House announced it would release 10 million doses in the coming weeks and an additional 50 million doses which are in various stages of production. The U.S. has pledged to help India manage its Covid crisis with medical supplies, personal protective equipment, therapeutics, diagnostic kits and ventilators. It has also pledged to release the raw material needed to make India’s home-grown Covishield vaccine.

Khosla’s son Neal, founder of Curai Health, tweeted: “What’s happening in India right now is horrifying. One of the greatest humanitarian crises we’ve ever seen. And it creates new strains that could ruin the U.S.”

Several tech companies in the U.S. have offered to help India through the crisis. Google’s Sundar Pichai announced a pledge of $18 million. (See separate story.)