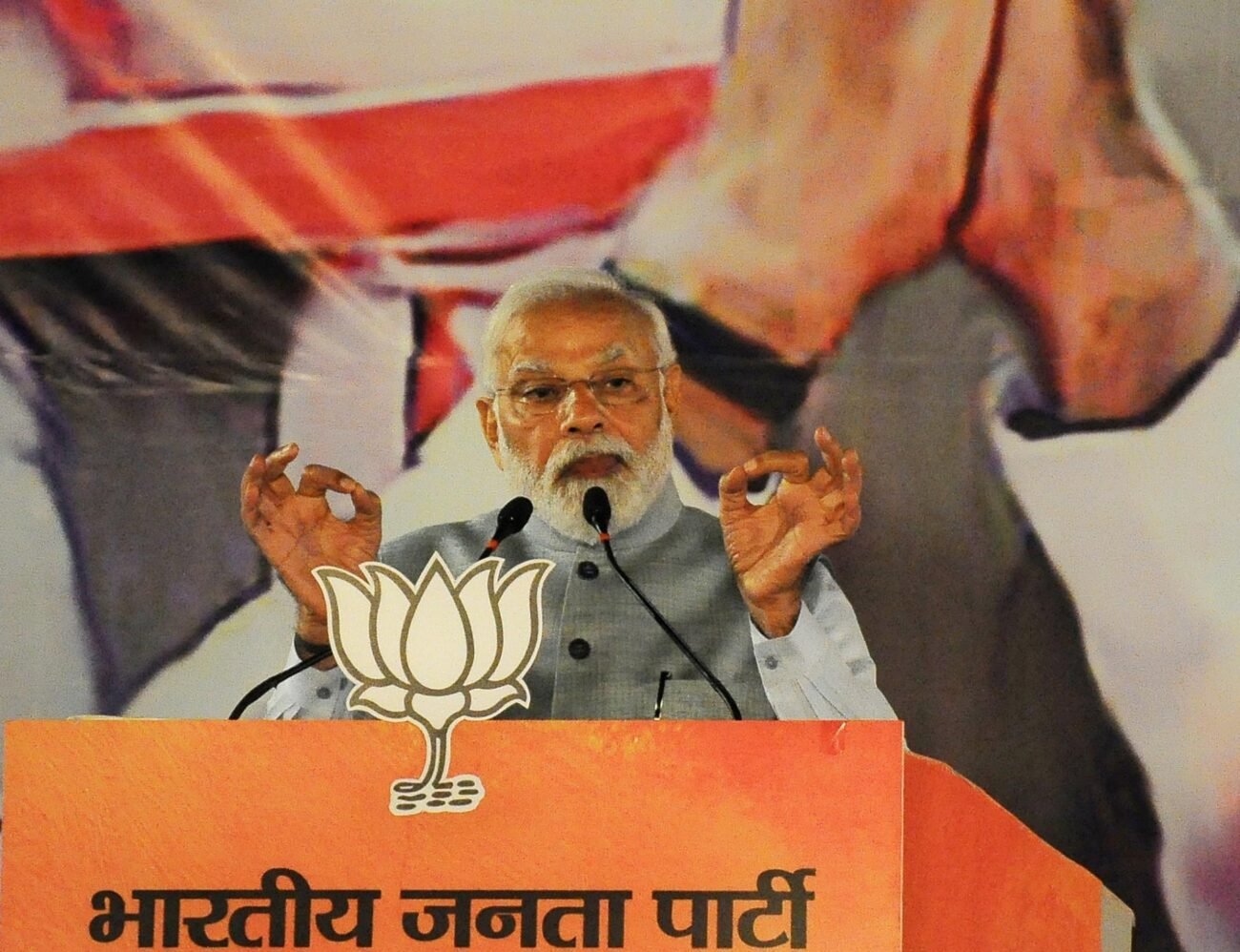 Prime Minister Narendra Modi addresses supporters at the party headquarters after the BJP victory in the assembly elections on Mar.10. (IANS photo)

NEW DELHI (IANS) – Hours after the results for the Assembly elections announced on Mar.10, Prime Minister Narendra Modi flagged concerns over dynastic politics and also slammed those who raise questions on India’s abilities and those who bring in religion and caste in every issue.

The Prime Minister, while addressing the party cadre at the BJP headquarters here, came down heavily on people, who try to stop action against the corrupt.

“There has been a conspiracy to stop action against corruption. Some people have the uncanny tendency of filing up their own treasure/chests. People of India are expecting from us (BJP) that our honest government will punish the corrupt. Should we not rise up to this expectation of the common people,” Prime Minister Modi asked to a loud cheering party workers, who were assembled to celebrate the party’s victory in four out of five Assembly elections.

“If we take any actions against the corrupt, these people, their ecosystem raise doubts about the institutions that are investigating cases of corruption and find out ways and means to demean the institutions for investigations. They even raise questions on the judicial institutions,” he added.

The Prime Minister also drew attention towards “those people who bring religion, region and caste just when any action is taken against the corrupt, when the judiciary gives out a decision.”

“I want to appeal the honest people to think if such corrupt people, such mafia can be and should be outcasted from their society, their caste and thus, strengthen the society as a whole,” he said.

Prime Minister Modi asserted that “one of the reasons of BJP’s massive win in Uttar Pradesh was a result of the development politics that has ensured corruption free reign.”

Earlier, the Prime Minister said, at a time when the common man is engaged in constructive work, “there are some who are busy downgrading that positive work.”

Without naming anyone, he said, “These people raised questions on our vaccination program, largest in the world. Similarly, when there were hundreds of citizens stuck in Ukraine with their families anxiously waiting for their return, these very people tried to pin down the ‘Operation Ganga’ by colouring it with regionalism.”

In an opaque reference to Congress’ leadership of Gandhi family, Prime Minister Modi reminded the party workers that he has often cautioned people about dynastic politics (parivarvaad). “I told the people how I am not against a particular family but it is the dynastic politics that have hindered the progress of our nation and people have reciprocated positively on the issue.”

“People of India will ensure the end of dynastic politics one day. And the results today are an indication towards the same,” he asserted.