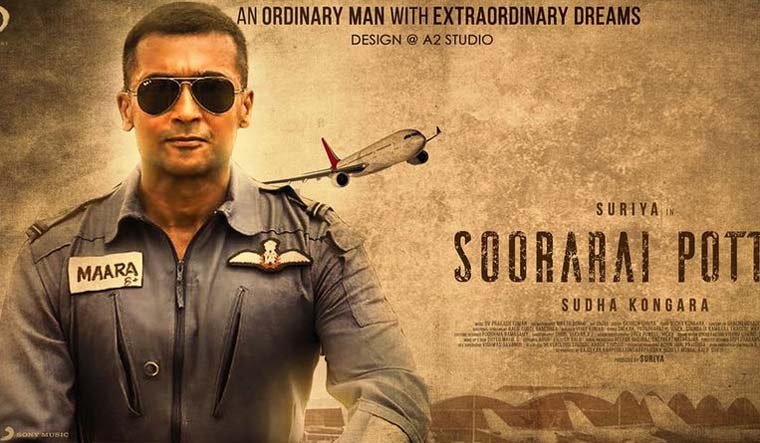 MUMBAI (ANI) – Suriya Sivakumar, popularly known as Suriya is currently flying high as he recently received his first Best Actor National Award just a day before his birthday. Known for his versatility and down-to-earth nature, he is currently one of the highest-paid actors in the Tamil film industry. As he rang in his 47th birthday July 23, here is a look at the actor’s breakthrough performances.

1. Soorarai Pottru
Released in the year 2020, ‘Soorarai Pottru’ was based on the life of Simplifly Deccan founder G.R Gopinath, in which Suriya played the lead role. The film gathered positive responses from the netizens and he was awarded the Best actor national award at the 68th National Film awards. The film is currently gearing up for its Hindi remake, in which actor Akshay Kumar will reprise the lead role.

2. Jai Bhim
Based on real-life incidents, Suriya portrayed the role of a lawyer in the film. Directed by T. J. Gnanavel, the film gathered positive feedback from netizens and critics. The film got premiered on Amazon Prime Video on the occasion of Diwali 2021. ‘Jai Bhim’ received the Best Film award at the Norway Tamil film festival awards.

3. Ghajini
Directed by south director A.R Murugadoss, the film was an action thriller where he played the role of a mental patient who suffers from short-term memory loss after a tragic incident. He won a special award at the Tamil Nadu State Film Awards, and Best Actor-Tamil at the Filmfare South Awards for his performance in the film. Released in the year 2005, the film was remade into a Hindi film in 2008 with the same title, which featured actor Aamir Khan in the lead role.

4. Singam
Released in the year 2010, Suriya portrayed the role of a strong police officer. The film was a commercial success and was remade in multiple languages like Kannada, Hindi, Bengali and Punjabi.

5. Kaakha Kaakha
Directed by Gautham Vasudev Menon, the film was an action thriller and was released in the year 2003, in which Suriya played the role of a cop. He was awarded the Best Actor award at the International Tamil Film Awards.