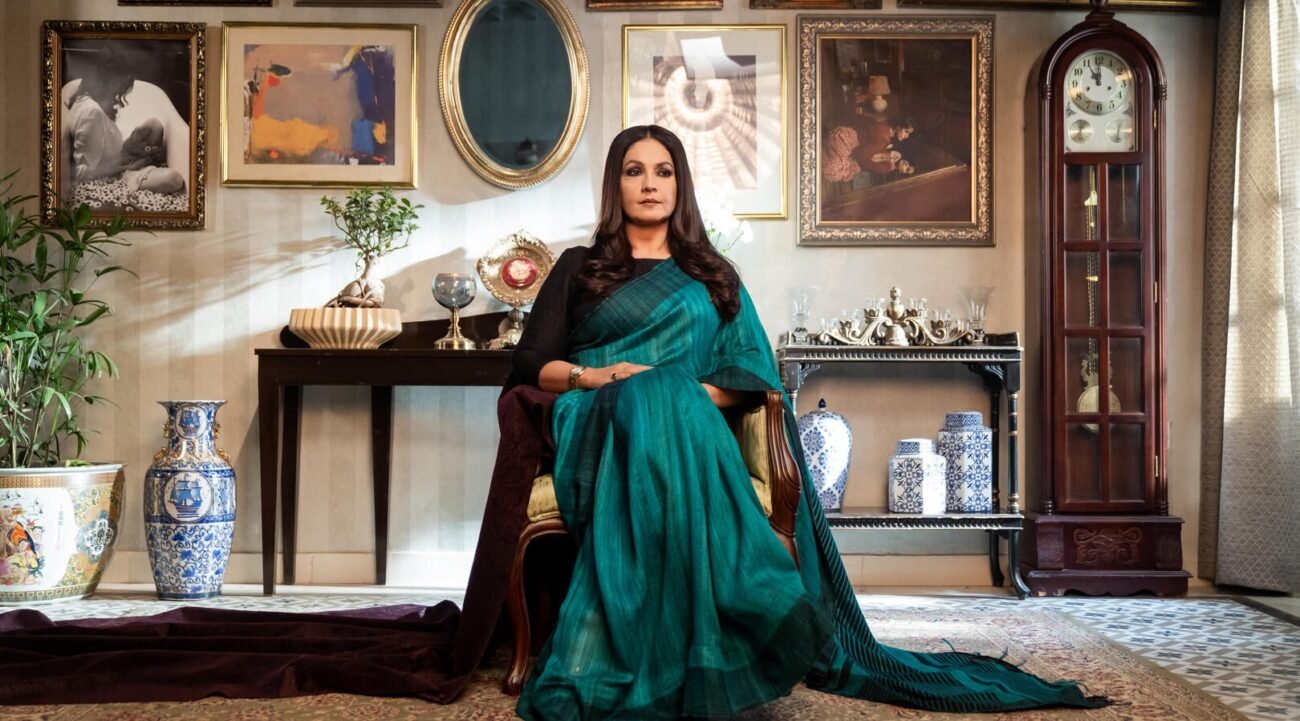 “You don’t do such things normally!” said Tweedledee, and Tweedledum replied, “I thought it was a great title and Pooja Bhatt’s comeback. And I was crazy about her after “Dil Hai Ke Manta Nahin” and “Prem Deewane” in particular.”

Dee: I watched a couple of episodes yesterday but could not have the guts to go ahead…despite the rave reviews!

Dum: Exactly! For starters, the title makes no sense whatsoever! I mean, call it “Delhi Damsels” or “The Art of Coarse Living” or “Everyone for Themselves” or “Let’s Make Out with Whoever Possible!” In any case, neither of these weakling women are “begums.” None would attract ME—and why the old name “Bombay?”

Dum: Yes, but I am the eternal optimist. I even expect the next Anurag Kashyap and every new Vishal Bhardwaj film to be a sudden masterpiece…

Dee: Now who exactly are these begums? I just have a fleeting idea apart from Pooja Bhatt as Rani, which means begum!

Dum: Rani is a ruthless and ambitious honcho in a bank. She has married an angel in human form who has two brattish kids from a previous marriage, and we have some hint of gender inequality and male chauvinism and a readymade lobby against her in a bank that seems dubious with so many bad loan defaulters. At one point she says, ‘If I go down, I will take the bank down with me!’

Dum: And her kids do NOT get along with her, even though she prevents her underage stepson from going to jail because he has injured a bar-dancer’s son while driving.

Dee: Yes, that I watched, so another “begum” is Lily, the bar dancer.

Dum: Precisely. But while Lily for obvious reasons as a professional sex worker sleeps with everyone including Rani’s stepson but wants a respectable life, Rani makes out with a cad who is the big name in another bank. He is played by Rahul Bose, who steps into precisely such opportunistic cameos littered with er, um, aah…THOSE kind of scenes.

Dum: Rani’s stepdaughter, who will soon be an adult, if you understand me, has a crush on a boy and HATES her stepmom. But she gets her first heartbreak there and at the boy’s birthday party, drinks like a fish and takes drugs at 13 or 14, when she is not trying out padded bras. This is the junior-most begum.

Dee: I believe that the The National Commission for Protection of Child Rights has objected to the show and called for it to be halted. Parties for 13 year-olds with drugs and alcohol indeed! (Snorts)

Dum: I think National Commissions of all kinds should be formed to halt all such shows! The basic environment here is the corporate world, but it’s all about free sex, obscenities and easy threats of being removed from jobs! You can’t bank on such banks. For example, Rani wants to please Lily so that she does not tell the cops what her son has done, so her bank helps her set a factory—a big one! And Lily has a married boyfriend in Dubai who is crazy about her.

Dee: Wow! So does she set up a factory in Dubai?

Dum: No way! But remember there are some more begums…

Dum: Yeah, there is this perennially stern-looking gal called Fatima who cannot conceive. So she has a very understanding husband and they plan a surrogate baby. But then she does not understand him. She too sleeps with a foreigner.

Dum: Then there is this newbie from Indore who needs a sleeping partner every night and she stays in different places every night! Girl or man anyone will do! And she gets into the clutches of a sexual predator who is a big shot in the office, a and he has sexually exploited another woman too.

Dee: So the series should have ideally called “Sex and the Shitty.”

Dum: Precisely. In the end, everything SEEMS to wrap up positively, but that’s really not true.

Dee: Anything good in all this mess?

Dum: As always, some of the performances. Danish Khan as Rani’s husband, Vivek Gomber as Fatima’s better half, Manish Chaudhari as the suave banker and Aadhya Anand as Shai. Yes, Amruta Subhash as Lily is predictable but effective.

Dee: All this apart, to whom would you recommend this series?

Dum: To all those who relish the F word every other second, to those who want lip-locks and er, um, aah…humping all the time and to the pseudo-brigade of media and audience. The full gang of pseudos is here in force, led by Alankrita, Shahana Goswami, Plabita Borthakur, Imaad Shah, Danish Husain and Rahul Bose above all.

Dee (Soothingly): Maybe we will not get a sequel…

Dum: True. As I said, I am an ETERNAL optimist.