HomeGlobalBook Review: ‘Stories I Must Tell—The Emotional Life Of An Actor’ by Actor Kabir Bedi 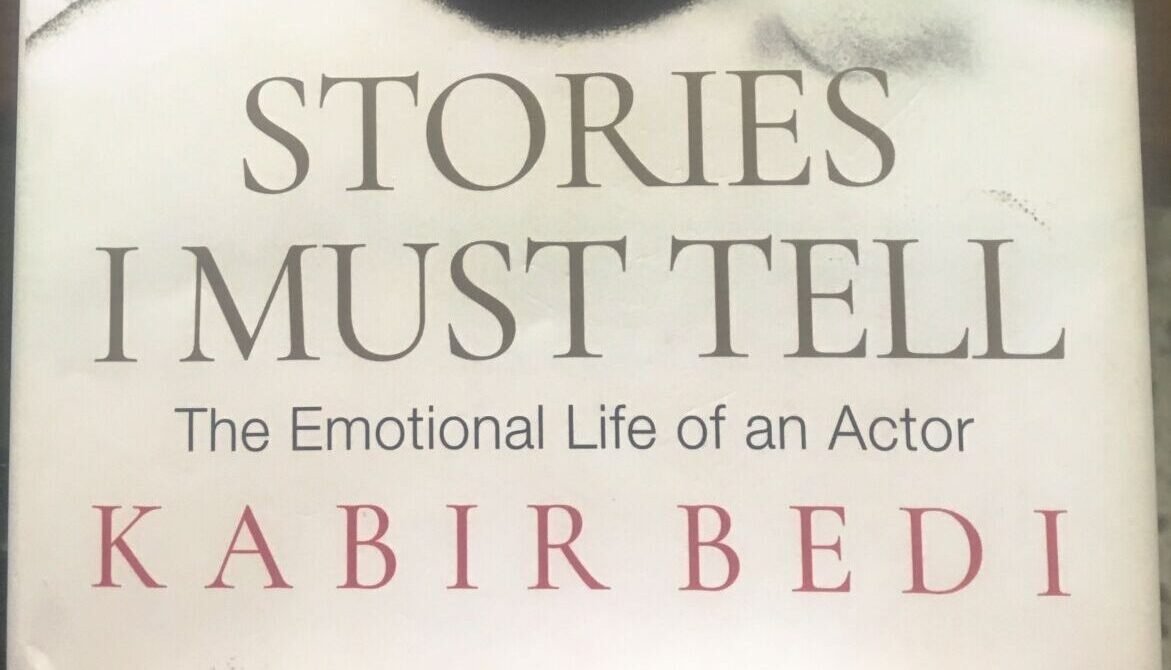 MUMBAI — This is by leaps and bounds one of the most honest autobiographies ever written! Kabir Bedi’s book’s title and the suffix say it all—these are stories he clearly wants to share, and highlight his emotional nature and his checkered life, two facts that are obviously interconnected.

After reading it, I can only pray that the rest of his remarkable life be full of smoothness, cheer and brightness. At 75, he is happily married to his fourth wife, Praveen Dusanj, and after going through so much (many professional, material and spiritual adventures and misadventures spanning the globe), Bedi deserves it now. After all, he has stayed sane through the incredible ordeals he has gone through.

To write such a book, in addition, needs a phenomenal memory and equally superlative braveness, a quality combination not found in most souls that become famous. This coherent autobiography is a “hide nothing-show all” tale of his life, told non-chronologically. And that also needs huge moral support. As he puts it, that is provided by Praveen as an “empowering wife.”

The first story shows how he dared meet the whimsical Beatles in New Delhi, with a twisted end that made him leave the city for good, thanks to All India Radio (AIR)’s bureaucratic ways. This was when he was working for AIR at the raw age of 20.

Bedi pens a masterful and gripping narrative in each chapter — there are seven — all focusing on a different aspect or person. He discusses two of his women — wife Protima and long-lasting girlfriend Parveen Babi — in a chapter each, exploring (and exposing!) their foibles and strengths in vivid detail. The searing honesty comes in because he also exposes his own kinks, weaknesses and positive qualities in an equally frank manner!

The descriptions are compassionate, deeply emotional, very personal and so real that we get to see the great and good, bad and terrible times he had with each of them when they were together. His other ex-wives, Ixchel and Nikki, get comparatively less “footage,” probably because they were much more rational (if I may use the word), normal women.

Bedi’s father died a philosopher and a kind of guru (in Italy!) and his mother Freda passed on in New Delhi as the only Western woman to have received the highest ordination for Buddhist nuns. Their lives and demises are described with incredible passion, love and style. The compelling stories of their romance, marriage (Freda was from England) and magical relationship, juxtaposed with India’s freedom struggle (in which both were involved!), and the beginning of their individual spiritual journeys really makes for magnificent material, on which an entire film can probably be made, such was their bond.

The happening of “Sandokan” (Kabir’s biggest triumph, and an international one) is combined with Parveen Babi in the longest chapter (82 pages) that accounts for over a quarter of the book. We get a peep into Bedi’s great, global success as an actor, though in later chapters, the actor underscores his failure in Hollywood.

Babi emerges as a very human, weak and disturbed soul. Given Protima and her, we can only marvel at Bedi’s predilection and preference for eccentric women then and his determination to be good and loyal to them. He expresses pride in their accomplishments, downplaying some of his own role in their triumphs. The tender heart behind a tough Sikh is clearly seen!

“Ramblings On A Beach” is a short chapter delving on Bedi’s personal beliefs and the changes that happened in them—and him. Here was a man who believed in the sanctity and practice of all religions, a highly spiritual individual who could still be extremely worldly, as an extremely handsome man who could enjoy his drink and casual relationships with friends he made all over the world.

From India’s Khushwant Singh, Rajiv Gandhi, Rakesh and Hrithik Roshan to the Pope, Arnold Schwarzenegger, Federico Fellini and global icons of cinema and theater, Bedi lets us on into his interactions, bonds and relationships with them all, and his astounding memory makes this interactions come alive.

But nowhere does this memory come across as more powerful and moving than in his chapter on son Siddharth, who suffered from schizophrenia and committed suicide. This is the most emotional chapter in the book and if the honesty of the rest of the book is searing, this one is scalding: an unfinished, partly guilt-ridden story of a father who always felt inadequate in his approach towards a son who was miserable internally, and suffered intense pain within.

The last chapter, which includes the role of his young wife Dusanj, is the optimistic ‘Story To Tell’, happily no less emotional. It is the proverbial happy ending to a blazingly successful professional saga with so many dark and disturbing by-lanes, detours and highways.

Clearly, life is no bed of roses for even those who attain fame and respect around the world. This is an ‘open book’ on a fascinating journey of an extraordinary man, whom I never knew had so many shades to him when I had met him some years back for India-West. Maybe the interview then would have been altogether different!