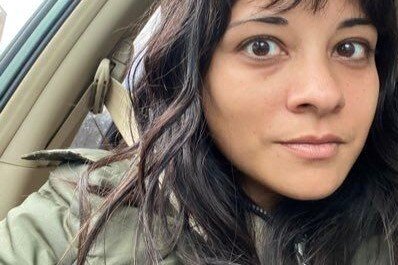 She will also serve as executive producer.

The award-winning Indian American journalist, with nearly 20 years of experience in broadcast news at major networks, has worked closely with anchors such as Diane Sawyer, David Muir, Scott Pelley and Norah O’Donnell.

The series, which has been picked up for multiple seasons, is described as a “one-hour, single-issue series (that) will explore topics that are currently part of the national conversation and his advocacy work,” according to Apple. Each season will be accompanied by a companion podcast that will “continue the discussion.”

The highly anticipated series, which is set to run multiple seasons, according to the Hollywood Reporter, is the first project to hail from Stewart’s partnership with Apple TV+. It also marks his return to TV after signing off of “The Daily Show” in 2015.

Among distinctions that Adhikari has earned are team coverage breaking news Emmys at CBS and ABC News; three Edward R. Murrow awards for Best Newscast and Overall Excellence at “World News Tonight” and at “Evening News”; a Front Page award for a 20/20 special on the medication of foster children; and an NABJ award for a segment called “Black and Missing.”