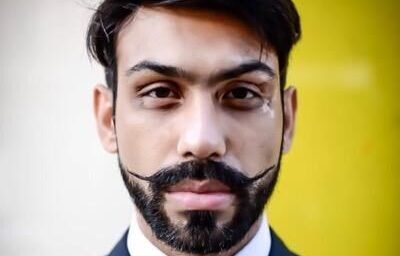 The buzz surrounding Marvel Studios’ upcoming film, “Eternals,” is getting louder and louder. We already know that the superhero film features Indian actor Harish Patel, an Indian wedding, and a Bollywood-like dance sequence. But the razzmatazz of a dance sequence would be incomplete without corresponding outfits and that’s where British Indian designer Saran Kohli pitched in.

“As a kid, I had all superhero costumes and felt I can jump off my roof and hit the skies. But now the skies gave me the opportunity of a lifetime!!!” Kohli wrote on Instagram along with shots showing Nanjiani sporting an outfit that he contributed to. “Designing for 52 dancers for this epic scene, for MARVEL (I did trip when I got that phone call), for what occupies the majority of my upbringing fascinated by the universe of superpowers.”

This is big in “soo” many ways, wrote the menswear designer, noting, “It’s a representation of incredible talent in front and behind the #lens and for us South Asians to spread our wings! For now, I’m soaking it all in and more to come in Nov!”

In an interview with the Times of India, the designer shared his experience of working with Marvel, and how he landed the project.

“It was a direct call from the costume department of Marvel Studios. Initially, they didn’t even tell me if it was for a film. They just told me that they are looking for some costumes for this scene that has got a bit of a dance sequence. This is the kind of feel,” he told the publication. “I didn’t interrogate so much initially because I have done film costume design in the past, and I thought it must be one of those regular films only. Later when they sent an email, the film name was different, it was a made-up name of a film. They asked me to meet them at the Pinewood Studios. And when they took this name, I figured out that it is going to be a big-budget film. I initially thought it might be a Bollywood flick. But later when I spoke to one of the heads of the costume department at Marvel, I realized it was something big for sure.”

Kohli began his journey by being headhunted by Michiko Koshino, Hugo Boss and Banana Republic for PR, stylist, and sales roles soon after graduating from London College of Fashion with a B.A (hons) in fashion management.

He has created one off couture pieces for a range of international celebrities and influencers within the world of music, performance, and entertainment, such as Sachin Tendulkar, Jay Sean, Ashley Walters (Top Boy), Lenny Henry, Juggy D, and Mumzy Stranger, among others, according to his website.