Bust of Mahatma Gandhi Unveiled At UN In New York 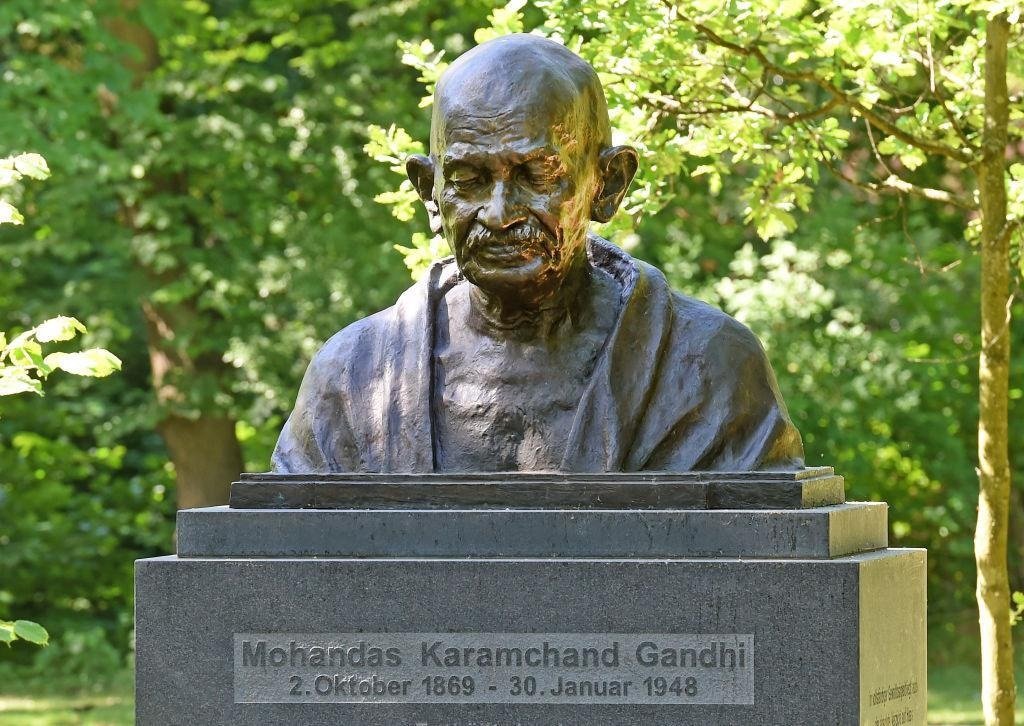 Bust of Mahatma Gandhi Unveiled At UN In New York

NEW YORK, NY (IANS) Mahatma Gandhi was hailed on December 14 for his vision that guides the world organization at the unveiling of his statue at the UN headquarters, here.

The bust was donated by the Indian government and stands on the north lawn of the UN campus with the East River as the background and among sculptures anartworksks from countries around the world.

The sculpture was made by Ram Vanji Sutar, who designed the “Statue of Unity” of Sardar Vallabhbhai Patel and created several statues of Gandhi installed around the world.

With the bitter autumnal cold gripping the city, the ceremony moved indoors after the statue was unveiled.

Secretary-General Antonio Guterres said the drafters of the UN Charter “took great inspiration from Gandhi’s message of peace, non-violence, and tolerance” and “Gandhi-ji’s anti-imperialist vision was foundational for the United Nations”.

“Gandhi is not only a historical figure, he said. “His visionary ideas and values, including his concern for justice and social transformation, continue to resonate today.” He added, “Recognizing that diversity is one of India’s greatest assets, he strove for harmonious relations between religions, cultures, and communities.”

General Assembly President Csaba Korosi said: “The focus of his life was pressing for social and political reform through non-violent resistance by creating the culture of peace.”

External Affairs Minister S. Jaishankar said the statue was “a gift from 1.3 billion people of India to the United Nations”. He said that the UN is guided by the five principles of Gandhi – Ahimsa or nonviolence, Satyagraha or truth force, Swaraj or independence, Swadeshi or self-reliance and Sarvodaya or universal welfare.

“Today, when the world grapples with violence, armed conflicts and humanitarian emergencies, these Gandhian ideas must continue to guide our actions in ensuring peace and stability,” he said.