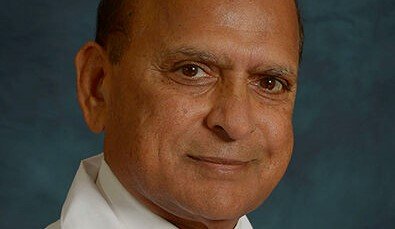 The San Francisco Chronicle reports that the approvals of Asif Mahmood, a Los Angeles County Pakistani American doctor who shared campaign consultants with Governor Gavin Newsom when they both ran for statewide office in 2018; and Richard Thorp and Dev GnanaDev, past presidents of the California Medical Association, come seven months after Newsom used his emergency powers during the coronavirus pandemic to extend their confirmation deadlines.

The organization represents physicians and has longstanding ties to the governor.

The state Senate confirmed Mahmood and Thorp by votes of 36-0. But the 30-1 reappointment of GnanaDev, who was first named to the Medical Board of California by then-Gov. Jerry Brown in 2011, hinted at a brewing battle over the board itself, according to the Chronicle. GnanaDev is the Indian American chair of surgery at Arrowhead Regional Medical Center in

Mahmood, Thorp and GnanaDev were appointed or reappointed to the 15-member board in June and July of 2019. Ordinarily, they would have to have been confirmed by the Senate within a year to retain the positions, the publication noted.

But a committee hearing to consider their appointments was pulled from the calendar in March 2020, shortly after the advocacy group Consumer Watchdog wrote to Newsom and legislators to object. Consumer Watchdog, which is in a battle with doctors over the monetary limit for medical malpractice settlements, argued that filling the board with former presidents of an organization that lobbies for doctors would be contrary to its oversight mission, it said.

At the end of August, as the legislative session drew to a close without any of the three receiving a hearing, Newsom issued an executive order moving the confirmation deadline to April 1, 2021.

The Senate Rules Committee finally gave Mahmood, Thorp and GnanaDev a hearing in early February during which the three defended themselves against suggestions that their past work would prevent them from serving as advocates for consumers, though Thorp said there needed to be balance with doctors’ rights, according to the report.