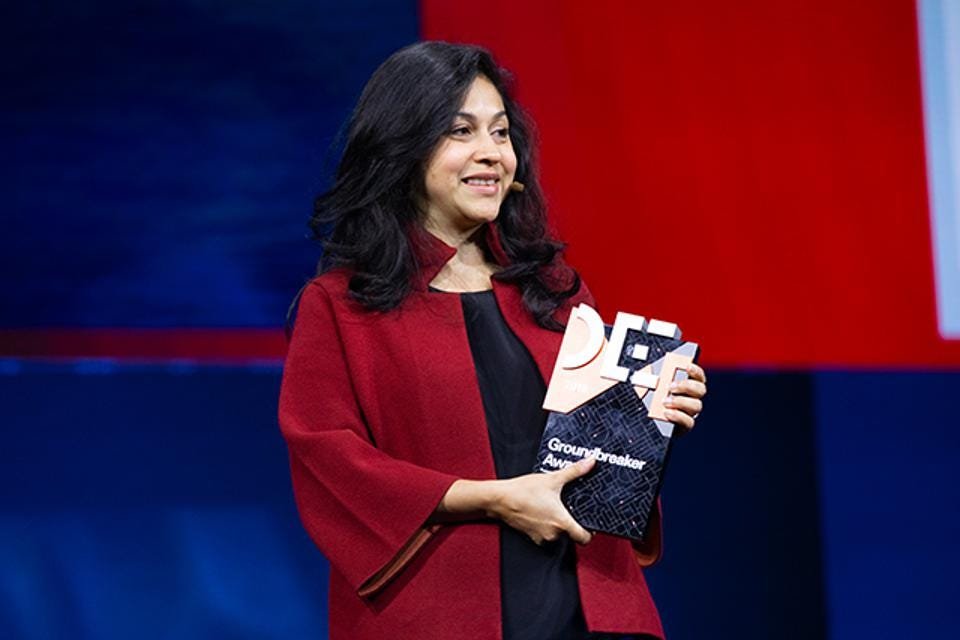 According to IIFL Wealth Hurun India Rich List, the 37-year-old Narkhede is the youngest self-made woman entrepreneur to be on the list.

Her wealth is estimated at Rs 4,700 crore and she is ranked 336 in the IIFL Hurun India Rich List. In October 2020, Neha was listed 33rd on the list of “America’s Self-Made Women” by Forbes.

Narkhede was born in Pune and got her Bachelor of Science in Engineering from the University of Pune and master’s in technology from Georgia Tech.

Narkhede, after her education, joined Oracle and then LinkedIn where she and her colleagues Jun Rao and Jay Kreps set up the open-source platform Apache Kafka.

In 2014, the trio decided to start Confluent with Narkhede as the Chief Technology Officer and later as the Chief Product Officer. She is now on the company’s board.

Companies like Goldman Sachs, Netflix and Uber use the Confluent platform for data-driven purposes.

In 2017, Forbes named Narkhede as one of America’s and the world’s top 50 women in Tech. The same year, MIT Technology Review listed her as one of the innovators under 35 and she won the Oracle Groundbreaker Award at the Oracle Code One conference in San Francisco.