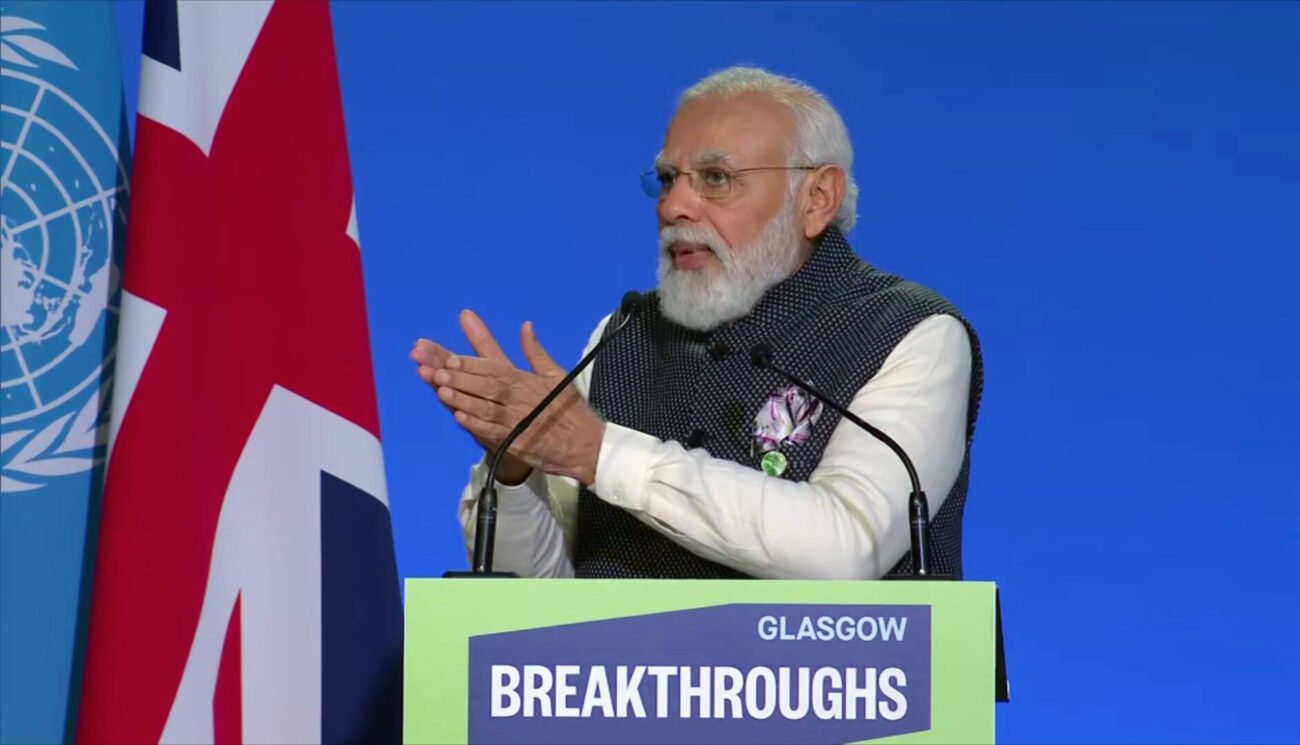 GLASGOW, Scotland (AP) — India faces a difficult choice that will have consequences for the world.

No country’s energy needs are expected to grow faster in coming decades than India’s. Even under the most optimistic projections, a part of the demand must be met by dirty coal power – a key source of heat trapping carbon emissions.

India can either compromise on development needed to lift millions from poverty, or it can continue burning coal from the country’s vast domestic reserves, said India’s top environmental official Rameshwar Prasad Gupta in New Delhi, the week before the United Nations climate summit at Glasgow, known as COP26.

With just days remaining for the crucial talks, a fundamental question remains: Will there be enough “carbon space” in the atmosphere for India’s developmental needs to coexist with the global ambition of limiting warming to 1.5 degrees Celsius (2.7 degrees Fahrenheit) since pre-industrial times.

Last week, Indian Prime Minister Narendra Modi announced that the country would aim to stop adding greenhouse gases to the atmosphere by 2070 – two decades after the U.S., and at least 10 years later than China. But this will only shave off a tenth of a degree of the world’s warming, said climate scientist Niklas Hohne, of the New Climate Institute and the Climate Action Tracker.

And India’s short-term targets for 2030 – increasing its current capacity of non-fossil fuel electricity to 500 gigawatts and using green energy to meet half of its needs, cutting carbon emissions by a billion tons compared with previous targets, and reducing the carbon intensity of its economy by 45% — wouldn’t have any impact, said Hohne.

But experts said these goals are ambitious for India, considering its developmental status and will be far from easy.

For instance, India will have to triple its non-fossil fuel capacity in less than a decade. And for that, its power sector will have to completely reimagine itself. States, whose entire economies have centered around coal for centuries, will have to diversify. Land, which is in short supply in the crowded subcontinent, will be required for sprawling solar parks.

“It’s a humongous task for a country like India,” said Sandeep Pai, who studies energy security and climate change at the Center for Strategic and International Studies in Washington, D.C.

Even then, it may not be enough for the world.

Despite their “net zero” emissions targets, China, the United States and the European Union will take up 90% of the remaining carbon space to limit warming to 1.5 degrees by 2050, according to an analysis by the India think tank Council on Energy, Environment and Water released Nov. 14. But if they were to advance their targets by a decade, more than 110 billion tons of carbon dioxide for developing nations — or a third of the remaining carbon budget — would be available for developing nations.

“You can’t develop, if you don’t have the carbon space,” said Arunabha Ghosh, CEEW’s chief executive.

And because of its vast population, India’s energy choices have an oversized impact for the world. There are 27 million people without access to electricity. It has roads and homes to build, while extreme heat is driving up the demand for air conditioning. To fulfil these needs, India will need to build a power system the size of the entire European Union’s.

Although India accounts for the most annual emissions after China and the U.S., its negotiators in Glasgow have, time and again, pointed out that they have historically contributed a fraction of the world’s emissions. Moreover, they say, the typical American uses 12 times more electricity than the average Indian.

Indian environment and climate change minister Bhupender Yadav told the Associated Press in an interview Nov. 10 it’s a matter of “conscience” and said those countries historically responsible for emissions need to keep their unfulfilled promise of providing climate finance.

Modi said earlier at the summit that India expected the world’s developed nations to make $1 trillion available as climate finance. As things stand right now, the climate finance from rich nations to align with the 1.5 degrees Celsius target is “nowhere to be seen,” said Chirag Gajjar, a climate expert at the World Resources Institute.

A transition away from coal, especially for coal-dependent regions of the world, would require the assistance of the international community, Hohne added.

Asked about coal, India environment minister Yadav said the country had no immediate plans to phase it out. “All the issues come and get stuck in climate finance.”