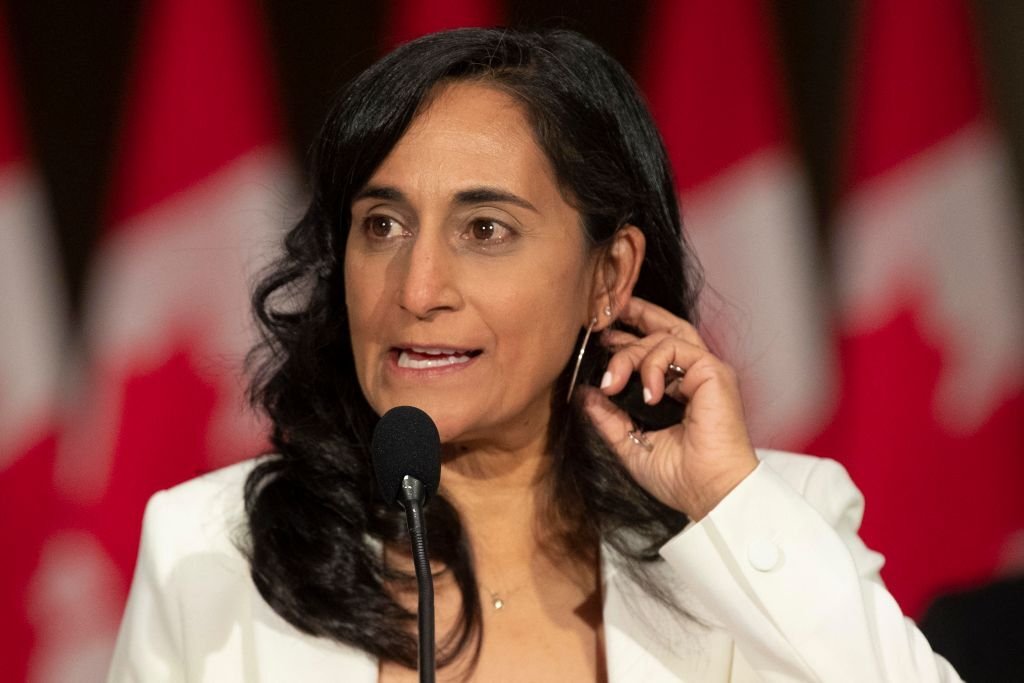 Sajjan will be the new minister of international affairs.

Another Indo-Canadian woman, Kamal Khera, the 32-year-old MP from Brampton West, also took the oath as minister for seniors, taking the number of Indo-Canadian women ministers in the Trudeau Cabinet to three.

The sitting Indo-Canadian woman minister Bardish Chagger, who held the Ministry of Diversity, Inclusion and Youth of Canada, has been shuffled out.

The two Indo-Canadian women are among six women ministers in the new Cabinet.

Trudeau rewarded Anita Anand and Kamal Khera for their work during the pandemic.

Anand has been praised for her work as procurement minister and Khera – a registered nurse – for going back to work as a health-care provider at the peak of the pandemic. A three-time MP since 2015, Khera has also served as a parliamentary secretary to the ministers of health and international trade.

Anand was born in 1967 in Nova Scotia to Indian parents who were both medical professionals. Her mother Saroj D. Ram came from Punjab and father S.V. Anand from Tamil Nadu.

Anand, who is on leave as a professor of law at the University of Toronto, was picked up as minister of public service and procurement by Prime Minister Trudeau in 2019 after her election as MP from Oakville near Toronto.

She assisted the Air India Inquiry Commission with extensive research. The commission investigated the bombing of Air India Kanishka Flight 182 on June 23, 1985, that killed all 329 people on board.