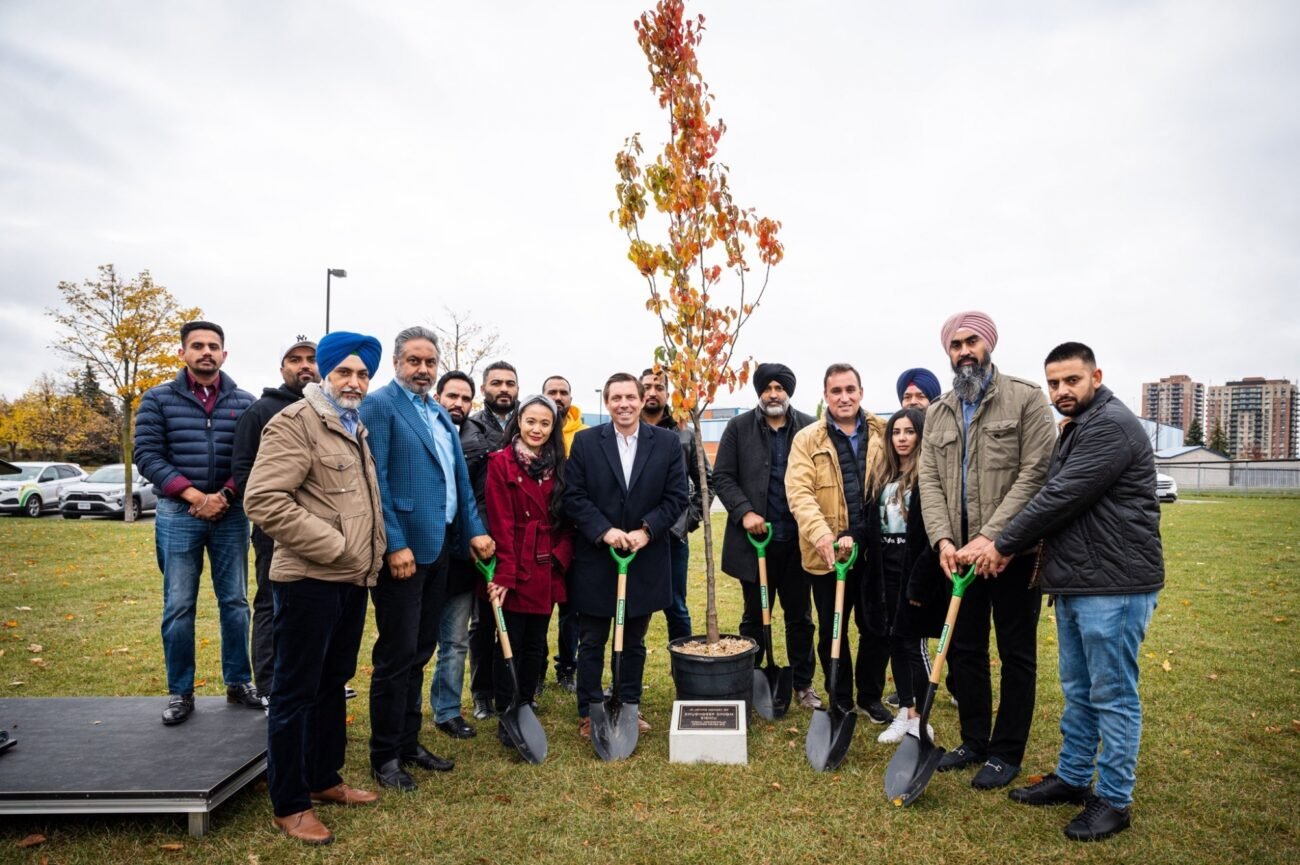 OTTAWA, (IANS) – In the memory of late Punjabi singer Sidhu Moosewala, who was killed earlier this year, the Canadian city of Brampton planted a tree.

Brampton was a second home to Moosewala, who went there in 2016 as an international student, and soon became a behemoth in the music industry delivering chart-topping hits.

“We planted a tree in the memory of the late Sidhu Moosewala earlier today at the Susan Fennel Sportsplex. His legacy lives on in our city,” Brampton Mayor Patrick Brown said on October 20.

The tree was planted near a plaque, which read: “In loving memory of Shubhdeep Singh Sidhu / “Sidhu Moosewala” / Legends never die”.

Brown, along with Moosewala’s friends, remembered the late singer and said that the world lost him too soon.

“Moosewala was a legend… He was always interested in the issues of common people, he tried to make this world a better place. Unfortunately, God wanted something else,” Bhupinder Sahu, a family friend, told a local media channel.

“Planting a tree in his memory would be the best thing for him, in his memory because it is going to stay here forever,” Remedie Brar, a Brampton resident, said.

Brampton has also given the go-ahead for a mural commemorating the rapper with elaborate murals of the singer by Canada-based Sikh artist Jasmin Pannu.

The tragic death of the Punjabi rapper had sent shockwaves across Canada, the country where he rose to stardom. His debut album in 2018 made it to Canada’s Billboard Albums chart.

He had also written a number ‘B-Town’ which was a tribute to the Canadian city.

Moosewala was born in 1993 in Mansa district of Punjab and moved to Brampton in 2016 to attend Sheridan College.

Over 30 rounds were fired into Moosewala’s vehicle on May 29 by occupants of two other vehicles. He reportedly sustained 19 gunshot wounds.

Goldy Brar, a member of the Lawrence Bishnoi gang, claimed responsibility for the murder.