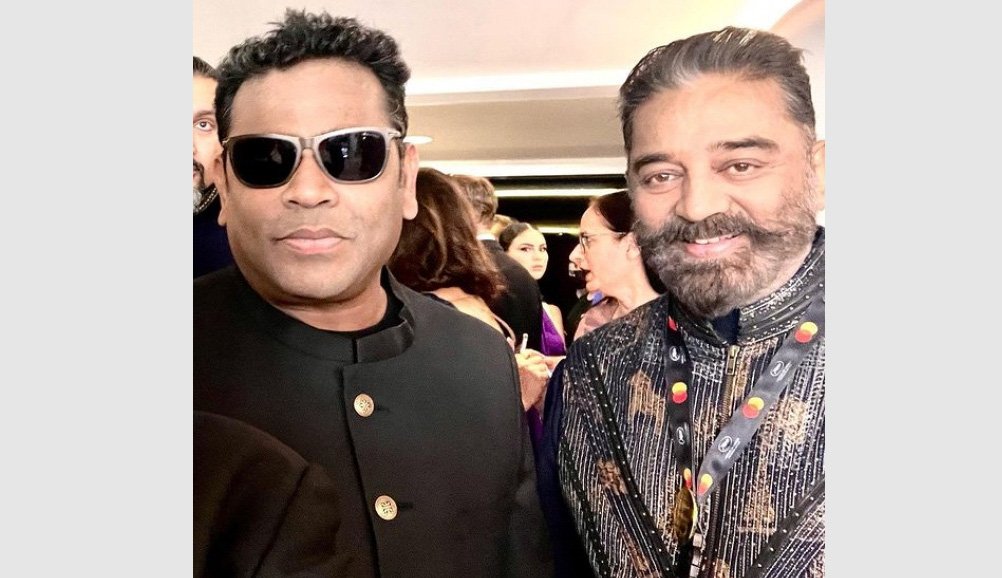 MUMBAI, (IANS) – As the 75th Cannes Film Festival has commenced, Oscar winning-composer A.R. Rahman shared a picture posing with superstar Kamal Haasan, who is also attending the festivities at the French riviera.

Rahman, whose directorial debut movie ‘Le Musk’ premiered at the grand festival, took to Instagram, and shared a selfie with Haasan, who is launching the trailer of his film ‘Vikram’ at the festival.

In the picture, Rahman and Kamal looked dapper. The music composer went classic in a black suit paired with glasses while Kamal chose a printed coat. The two look into the camera and smile.

Their picture currently has 1,62,329 likes on the photo-sharing website. As Rahman posted the picture, fans couldn’t stop their excitement after seeing the two share the frame.

A user called the two “legends”.

“Waiting for this combo to happen soon, said another.

A fan commented: “Two legends single frame. Wish Rehman sir will do composition for his next film. Love your duo.”