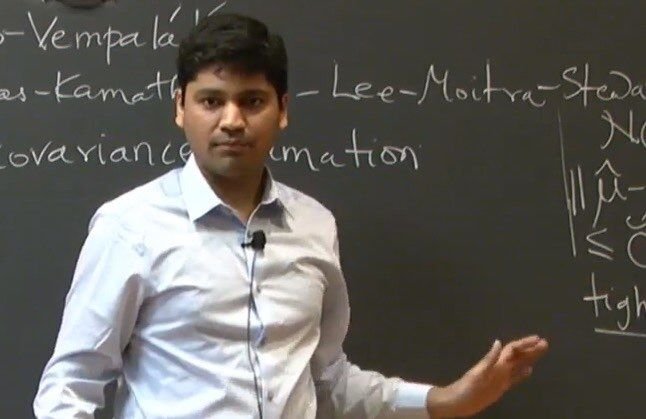 Talwalkar will use his nearly $550,000 CAREER award to expand the use of deep learning.

Deep learning models are typically designed by hand over the course of years to perform a specific task, and leading models have largely been tailored for applications in natural language processing or image recognition. Talwalkar aims to help automate the design of new deep learning models for a diverse set of tasks in the physical and social sciences, the university release said.

“People are excited about using deep learning to power new cutting-edge applications,” Talwalkar said in the report, adding that this sometimes leads to models being used for tasks they were not designed for.

Talwalkar joined the CMU faculty in 2018. He received his doctorate and master’s degree in computer science at the Courant Institute at New York University.

The NSF awarded Kothari a $600,000 CAREER award to develop a mathematical framework for algorithms that operate on statistical inputs.

Such a theory will assist in designing and analyzing algorithms used in applications ranging from machine learning methods for image recognition to security analysis of cryptographic algorithms, CMU said.

Kothari’s research aims to develop principled theoretical methods to answer these questions. This work will build on tools from theoretical machine learning and statistical physics, in addition to the theory of computation, the release notes.

Kothari came to CMU in 2019. Before that, he was a research instructor in computer science at Princeton University and the Institute for Advanced Study as a Schmidt fellow.

Kothari earned his doctorate in computer science from the University of Texas at Austin and his bachelor of technology in electrical engineering from the Indian Institute of Technology in Kanpur, India.