HomeEntertainmentCinemaCast of ‘Bunty Aur Babli 2’ Troll Each Other in Unique Teaser Video: Watch 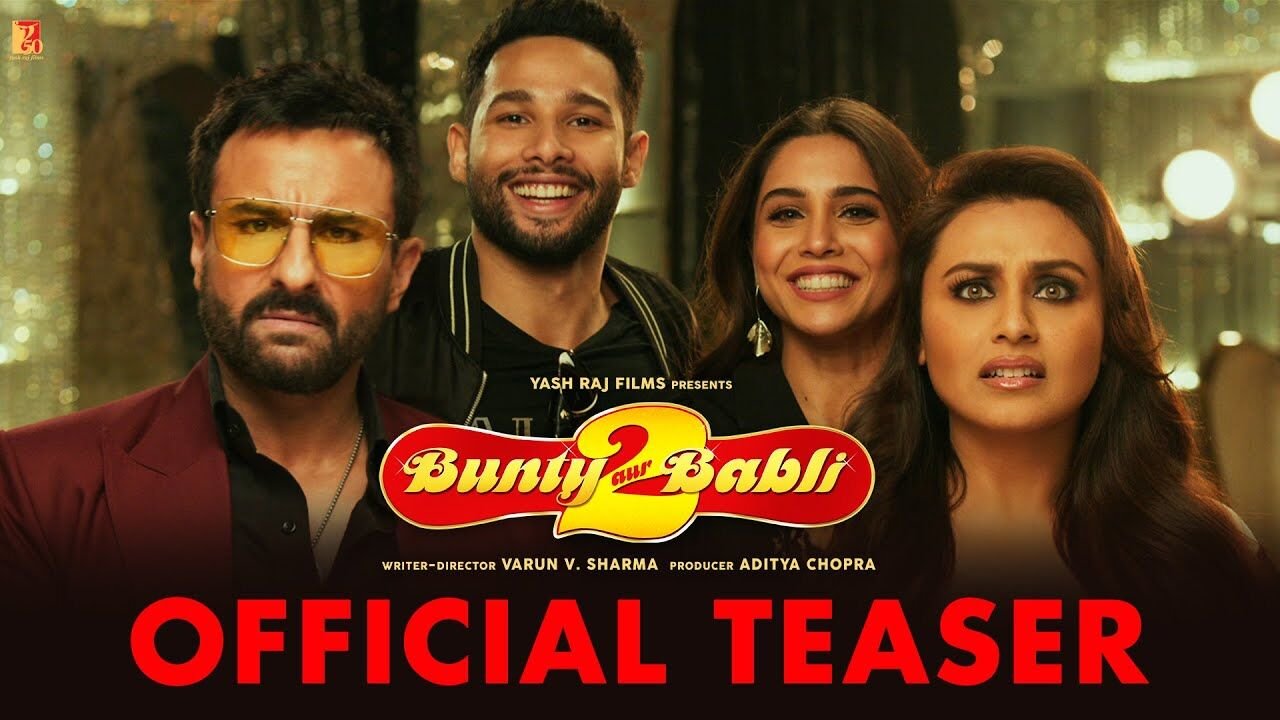 MUMBAI — It’s a war between the OGs and the New Bunty Babli: the cast of “Bunty Aur Babli 2” mercilessly troll each other in a unique, hilarious teaser that doesn’t have any film footage.

Yash Raj Films “Bunty Aur Babli 2,” which is set to release worldwide on Nov. 19, is a rib-tickling comedy that will pit two sets of con artists, from different generations, against each other as they try to prove who is the better con couple! The makers are setting up this rivalry through an innovative, hilarious teaser video that does not have any film footage!

In the video, these two pairs mercilessly troll each other. The video has also revealed that the trailer will be out Oct. 25.

Saif Ali Khan, who plays the OG Bunty aka Rakesh, reveals, ““Bunty Aur Babli 2” is a game of cat-and-mouse between the OG con couple and the New con couple trying to prove that they are better than what the originals were in their prime. This will spark the rivalry and it’s just hilarious because of how intelligently the script has been written to show this madness.”

Rani Mukerji, who reprises the role of Vimmy aka Babli in this completely rebooted franchise, adds, “The video is a true reflection of what the film has to offer to audiences, which is non-stop entertainment and non-stop comedy. Though in the unit, we play ourselves and not the characters in the film, and it has been smartly written with trolling humor as Saif and I go after Siddhant Chaturvedi and Sharvari Wagh and vice-versa.”

Chaturvedi adds, “It’s a war between the OG’s and the new Bunty Babli and it has been brilliantly captured in the video. Both parties stake the claim to be intellectually superior. While the OGs feel that the new con artists are mere usurpers, the new con couple feels that they are way too cool and smarter than the OGs! That’s the premise of the film and you will see us going after each other right from this video and all through the entire marketing campaign!”

Wagh, as the new Babli, says, “It was super fun to shoot this because here we were being trolled by Saif-sir and Rani-ma’am for being the fake Bunty Babli and we had to prove it to them saying how we are way, way superior con artists because we are children of the tech boom. It was just a laugh-riot shooting this unit with the team and we are confident that this will entertain you thoroughly.”

“Bunty Aur Babli 2” has been directed by Varun V. Sharma, who has worked as an assistant director in YRF’s biggest blockbusters “Sultan” and “Tiger Zinda Hai.”