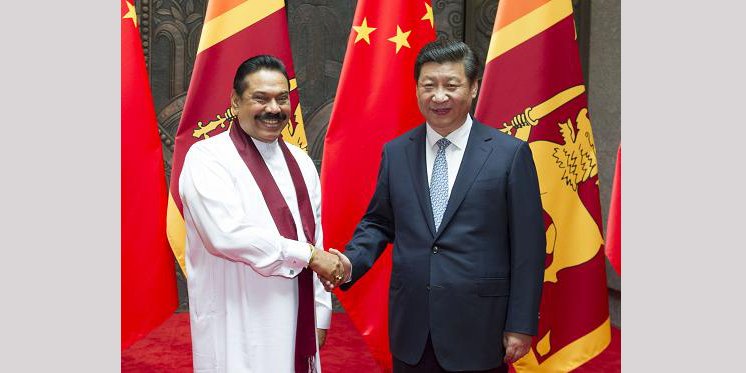 ISLAMABAD/COLOMBO (IANS) – India’s neighborhood, especially Pakistan and Sri Lanka, is in peril as the Chinese debt trap strangulates these economies.

After taking huge debt from China, servicing it is becoming a crisis for these nations, giving rise to fears of a sovereign default.

In order to avert the Balance of Payment crisis, Pakistan has made alternate plans for meeting the yawning dollar financing gap for avoiding plunging into a full-fledged crisis till the stalled IMF program is restored.

Pakistan requires dollar inflows on an immediate basis to restore confidence, as the current account deficit has risen sharply while the foreign currency reserves are depleting at an accelerated pace.

Pakistan and the International Monetary Fund (IMF) are so far unable to strike a consensus on the completion of the 7th Review and release of the $960 million tranche under the $6 billion Extended Fund Facility.

The IMF has indicated holding talks with the ‘new’ government and keeping in view the fluid political situation, the restoration of the IMF program seems in danger.

Top official sources said that China had agreed in principle for granting a rollover of a $2.5 billion commercial loan last week, but so far Beijing authorities are processing its rollover.

However, there is another possibility that the Chinese might have refused to roll over loans earlier, but after intervention at the highest level when Pakistan Prime Minister Imran Khan visited China, Beijing authorities might have shown willingness to move ahead, the report said.

Sri Lanka has plunged into the worst economic crisis since its independence in 1948, after President Gotapaya Rajapaksa announced an economic emergency in September 2021.

According to the country’s central bank, there is only $2 billion foreign exchange reserve and $1 billion worth of notes maturing in July 2022.

The country’s debt-to-GDP has increased from 85 per cent in 2019 to 104 per cent in 2021. The current foreign exchange shortage has led to great difficulties in obtaining the supply of daily necessities, including fuel, electricity, paper, milk powder, etc.

The country is facing hours of power cuts each day and even the newsprint has halted as a result of the shortage of printing paper. The general inflation rate in the country is more than 17 per cent while the food inflation rate reached 30.2 per cent in March, the report said.

Colombo borrowed the most from the global capital market, which constitutes 47 per cent of its total debt, then comes the Asian Development Bank (ADB) with 13 per cent, Japan 10 per cent, China 10 per cent, the World Bank 9 per cent and India 2 per cent.