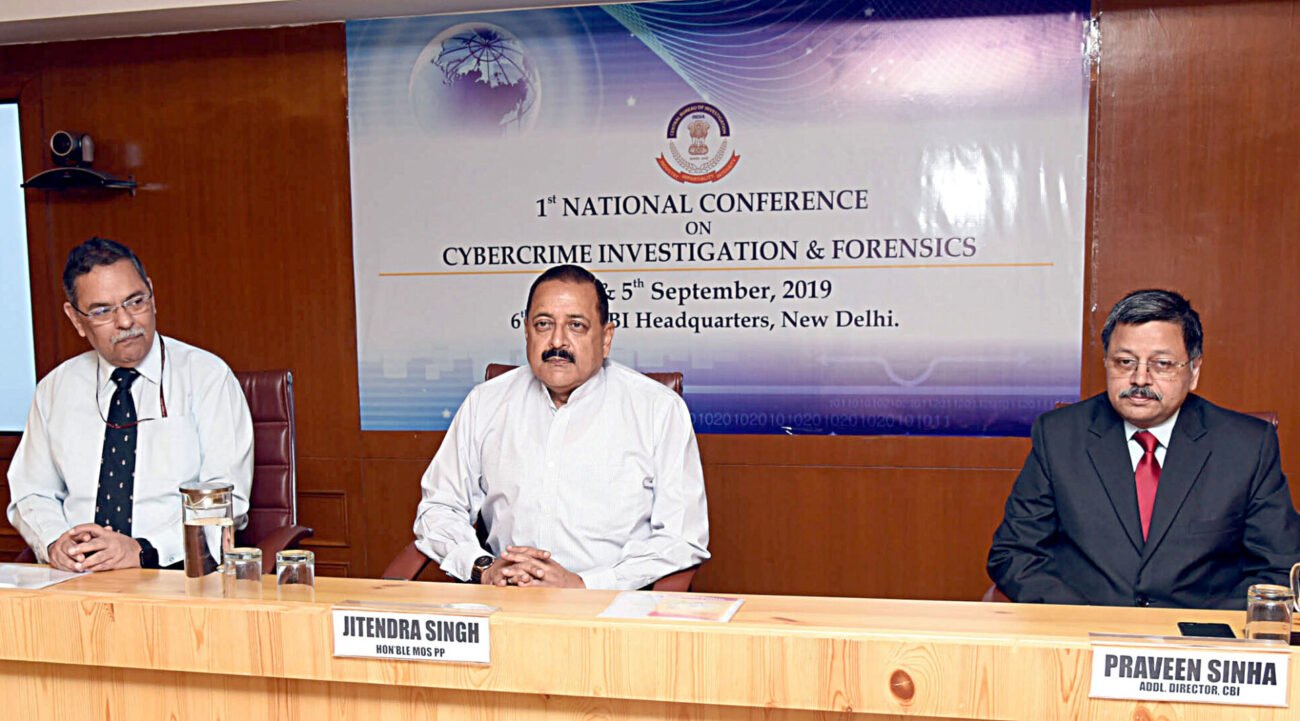 Praveen Sinha is seen at the right along with (l-r) CBI Director Rishi Kumar Shukla and Union Minister of State for Development of North Eastern Region Jitendra Singh during the 1st National Conference on ‘Cybercrime Investigation and Forensic’ at the CBI Headquarters in New Delhi on Sept. 5, 2019. (ANI photo)

NEW DELHI – Interpol on Nov. 25 elected India’s candidate Praveen Sinha, who is Special Director, Central Bureau of Investigation, as Delegate for Asia in its Executive Committee.

The elections were held in Turkey during the ongoing 89th General Assembly of the International Criminal Police Organization. According to sources, it was a tough election, where candidates from China, Singapore, Jordan and the Republic of Korea were in the race for the position. The victory of India’s candidate is the result of an intense and well-coordinated election campaign across the world.

INTERPOL is an international body that enables 194 member countries to counter the rising specter of transnational organized crimes, terrorism and cyber-crimes.

Notably, the Indian Ambassador in Turkey camped in Istanbul for the last few days and held on-the-ground bilateral meetings with delegations for the final efforts to gain support. Indian embassies and high commissions regularly followed up with host governments. Moreover, ambassadors and high commissioners residing in Delhi were similarly reached out.

Simultaneously, India’s National Central Bureau reached out to its counterparts around the world to campaign for this election.

“India will continue to actively contribute to INTERPOL’s aims and objectives and to enhance its effectiveness through our professional competence and experience. We deeply appreciate all those countries who voted for India.” said the sources.