Celebrating The Syncretic Culture That India Has Always Been Known For 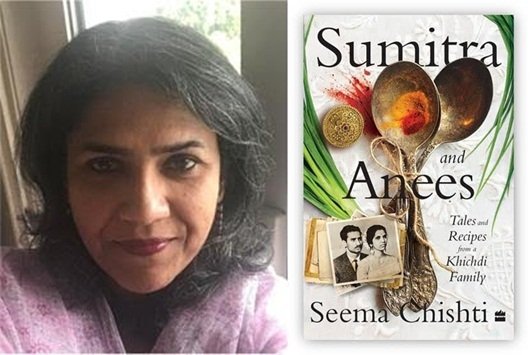 Celebrating The Syncretic Culture That India Has Always Been Known For

NEW DELHI, (IANS) – In the India of today, social, and communal fault lines have become starker than ever before. Inter-faith marriages, once seen as the hallmark of a plural society, are now being increasingly used to further a divisive political narrative.

Journalist Seema Chishti, herself the product of an inter-faith marriage from a time when the idea of India’ was not just an idea but a lived reality, tells in her book the story of her parents: Sumitra, a Kshatriya Hindu from Mysore in Karnataka, and Anees, a Syed Muslim from Deoria in Uttar Pradesh. Woven into their story are recipes from Sumitra’s kitchen, a site of confluence for the diverse culinary traditions she mastered.

‘Sumitra and Anees – Tales and Recipes from a Khichdi Family’ (HarperCollins) is an ode to all that made the coming together of her parents possible, a tribute to the big promise of India they brought into their modest home.

Enriching the book is a collection of 40-odd recipes that are unique to the household, which is a meeting point of Hindu-Muslim and north-south influences.

“So much that is deeply personal is under attack in India these days. The way of life that makes India what it is being torn apart. There are forces that are attempting to demolish the idea that India belongs to everyone. The warp and weft of the country’s social fabric that has been woven over centuries is being unspooled,” Chisti said.

“So, I had to tell the story of my parents, who were simultaneously themselves and each other at the same time – Hindu and Muslim, South Indian and North Indian. Their marriage brought the possibility of a new and modern India straight into our little home. In this book, I share a slice of that, along with recipes from my mother’s kitchen. This is not nostalgia, but about what may still be possible for India in the days to come,” she added.

The book, said, Swati Chopra, Executive Editor, HarperCollins India, “is a charming account of a marriage that symbolizes the secular foundations of the Indian republic. It is also a powerful testimony to the power of love, compassion, respect and mutual understanding. As Seema Chishti recounts her parents building a life together and a home for their family, we glimpse the universality of human experience beyond religious and regional fault lines”.

Seema Chishti has grown up, studied, lived and worked in Delhi as a journalist-writer for three decades. Her family ties to Uttar Pradesh, Karnataka and Andhra Pradesh have meant a long engagement with these states over the years. She is interested in politics, society, questions of identity and technology, and in examining the changes in information and digital space and its impact on our democracy and on the way we live.