HomeIndiaCenturies of Colonial Rule Could Not Suppress Democratic Spirit of Indian People: Modi at Summit for Democracy

Centuries of Colonial Rule Could Not Suppress Democratic Spirit of Indian People: Modi at Summit for Democracy 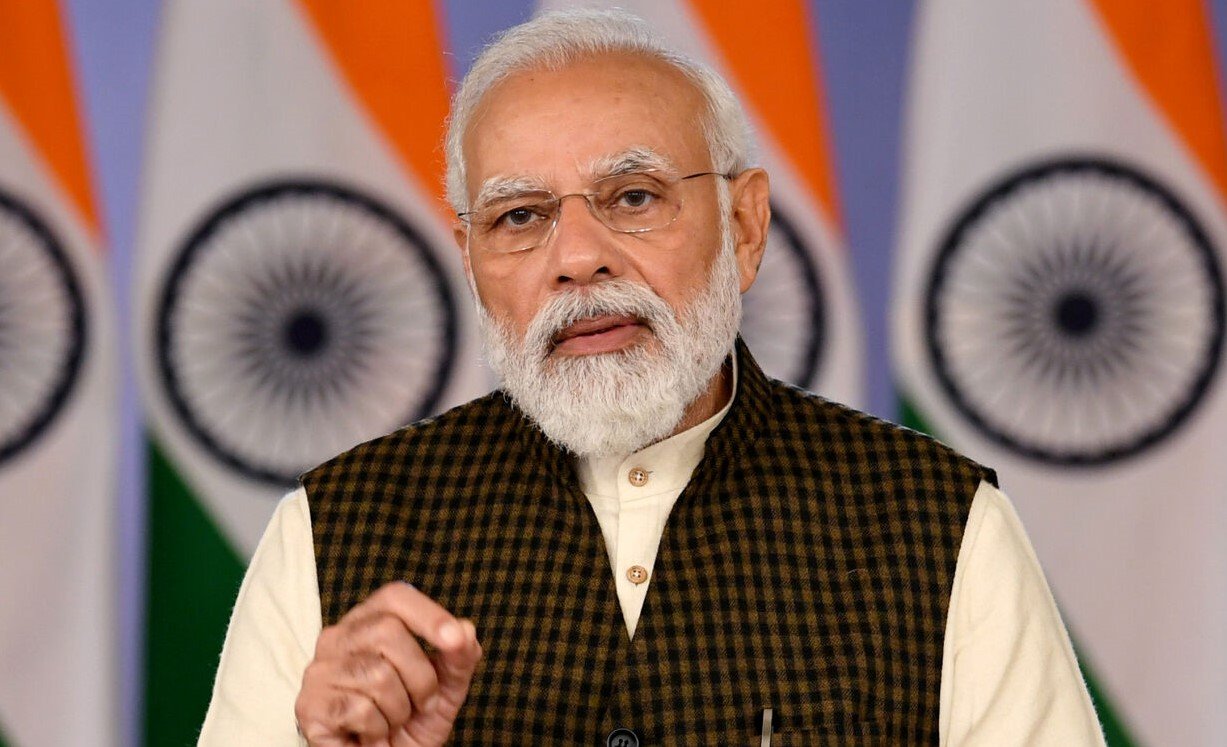 Centuries of Colonial Rule Could Not Suppress Democratic Spirit of Indian People: Modi at Summit for Democracy

Prime Minister Narendra Modi delivering the national statement at the Summit for Democracy, through video conferencing, in New Delhi on Dec. 10. (ANI photo)

“Elected republican city-states such as Licchavi, Shakya flourished in India as far as 2500 years back. The same democratic spirit is seen in the 10th Century’s Uttaramerur inscription that codified the principles of democratic participation,” said Modi virtually while addressing the Summit for Democracy organized by the U.S. President Joe Biden Dec. 10. Stressing that these “democratic spirits and ethos had made ancient India one of the most prosperous,” he said, “Centuries of the colonial rule could not suppress the democratic spirit of the Indian people.”

“It again found full expression with India’s independence and laid to an unparallel story in democratic nation-building over the last 75 years,” he added.

It is a story of unprecedented socio-economic inclusion in all spheres, the prime minister said, emphasizing, “It is a story of constant improvements in health, education and human well being at an unimaginable scale.”

Underlining that structural features like multi-party elections, independent judiciary and free media are important instruments of democracy, he said that the basic strength of democracy is the spirit and the ethos that lie within our citizens and our societies.

“Democracy is not only of the people by the people for the people but also with the people and within the people, ” Modi added while addressing the summit, which Biden had kicked off Dec. 9.

The summit focused on challenges and opportunities facing democracies and provided a platform for leaders to announce both individual and collective commitments, reforms, and initiatives to defend democracy and human rights at home and abroad.

Biden on Dec. 9 took the next step in his plans to promote democracy against rising autocracies when he convened a virtual “Summit for Democracy,” which hosted more than 100 participants representing governments, civil society and private-sector leaders.

The U.S. president on Dec. 9 invoked Mahatma Gandhi and Nelson Mandela while referring to the work done by Congressman John Lewis, a civil rights activist, during his opening remarks at the Summit for Democracy.

He said Lewis was a great champion of democracy and civil rights around the world and took inspiration from other great leaders – Gandhi and Mandela.

“Democracies are not all the same. We don’t agree on everything. But the choices that we are going to make today together are going to define, in my way, the course of our shared future for generations to come,” Biden said.

“Congressman John Lewis was a great champion of American democracy and civil rights around the world, learning from and taking inspiration from other great leaders like Gandhi and Mandela. In the final words, when he was dying, he reminded our country when he said ‘Democracy is not a state, it is an act,” he added.

Biden said democracies have to stand up for the values that define “us.”