HomeIndiaCheetahs Back on Indian Soil After 70 Years

Cheetahs Back on Indian Soil After 70 Years 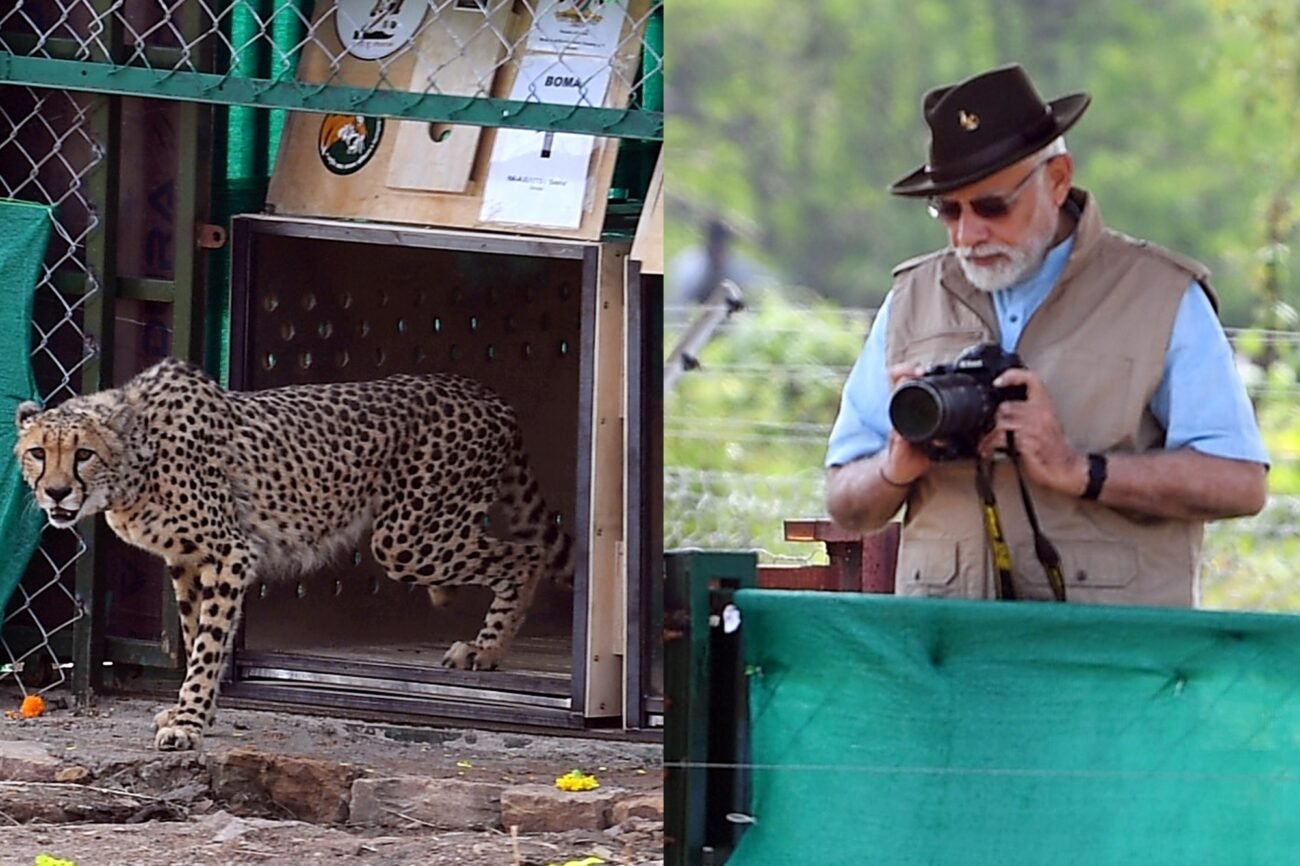 Cheetahs Back on Indian Soil After 70 Years

BHOPAL, (IANS) – Prime Minister Narendra Modi on September 17 said cheetahs are back on Indian soil after 70 years and the move will lead to the restoration of forest and grassland ecosystems.

The Prime Minister released the big cats — five male and three female, brought from Namibia, into enclosures of Madhya Pradesh’s Kuno National Park and termed it endeavor towards environment and wildlife conservation.

Modi said, “Cheetahs had become extinct from the country in 1952, but for decades, no meaningful effort was made to rehabilitate them. Today, as we celebrate ‘Azadi ka Amrit Mahotsav’, the country has started rehabilitating cheetahs with a new energy.”

“Bringing Cheetahs back to India will help in the restoration of open forest and grassland ecosystems and also lead to enhanced livelihood opportunities for the local community,” the Prime Minister added.

The felines will be living under an earmarked area of KNP for two weeks after which they will be released in the park.

All cheetahs have special radio-collar fitted to their necks so that their movement can be easily located. Their health and movement will be monitored every day by a special joint team of African and Indian wild animals’ experts.

Spread over 748 square km in the vast forest landscape of Madhya Pradesh, KNP is the new home of the eight cheetahs. Notably, the region is very close to the Sal forests of Koriya in Chhattisgarh, where the native Asiatic Cheetah was last spotted almost 70 years ago.